After playing games for a while, it is time for something new. If you are part of a games group, you may find that others in the group buy new games from time to time and bring them along – or maybe you find a new game that you really like and want to bring along. Either way, the game has to fit the group of course, because otherwise it will not get played at all, or some people in the group will not enjoy it and maybe feel sidelined. So assuming the new game that is being introduced is a good fit, what will happen at your next games night? How will you go about playing? There are several options. 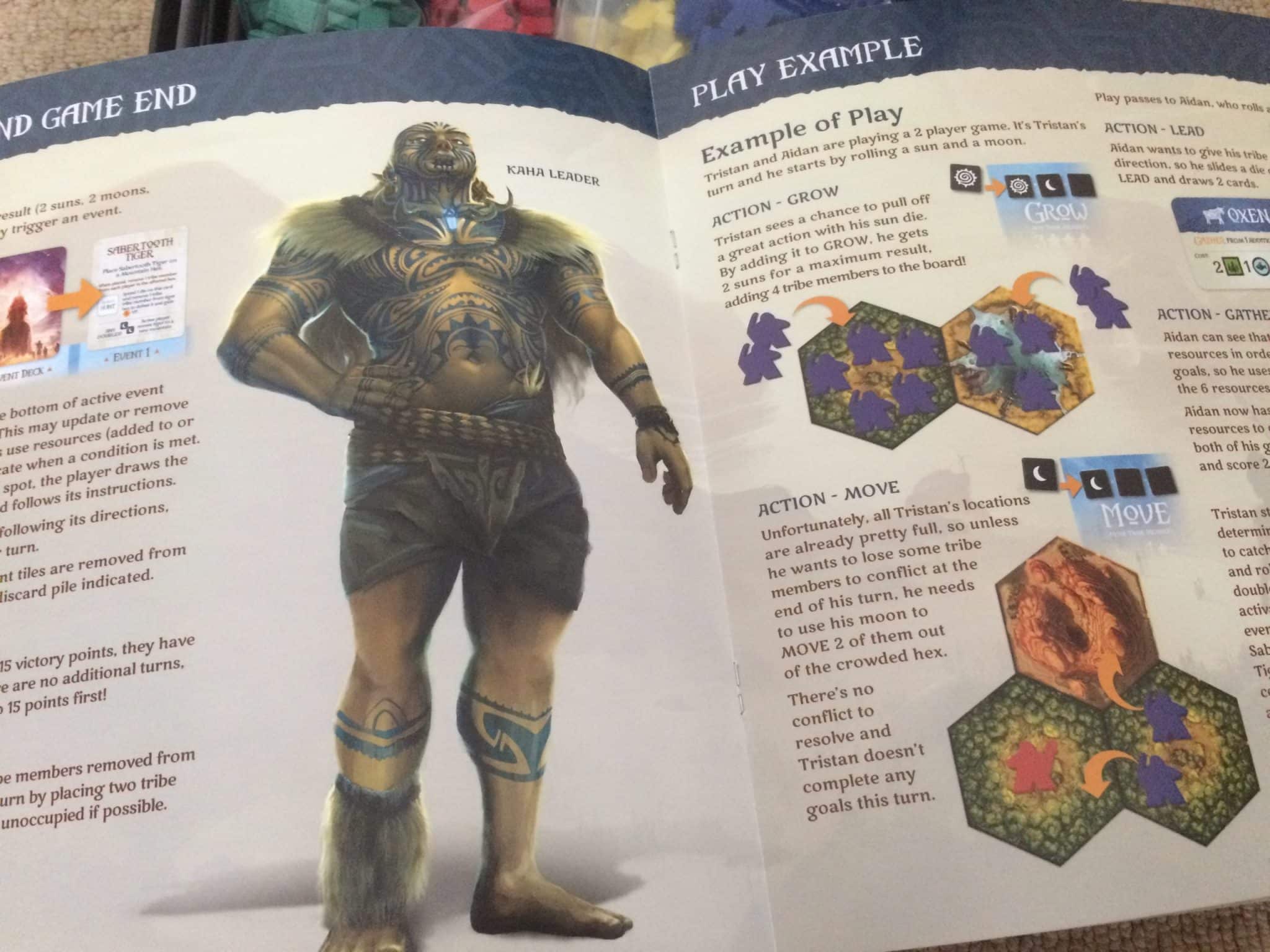 For some groups the best way to play a new game is open the box, punch out all the tokens and learn the rules together. You may decide to split up the workload. One person punches out the tokens, another sleeves the cards, another reads the rules and sets up the game and the fourth get drinks and nibbles prepared. You then all sit down and start playing, learning rules as you go along. That can be a lot of fun, because you all discover the game together, but it often takes quite a lot of time.

Other groups have a houserule which dictates that new games can only be brought if one person learns the rules beforehand to such a level that they can teach the game to the group with no or very minimal reference to the rulebook. Here it will be the person teaching who will set everything up, meaning the rest of the group may feel a bit left out. However, it usually means it is quicker, because teaching rules is faster than reading them and interpreting them. It also often means that the person who learned and is teaching the rules, is also the one who will have interpreted them a certain way and may even be the one who houseruled some of them. That is rarely a problem, because the person bringing and teaching the game tends to have bought the game and is the one who has invested their time learning it.

If you want some tips on teaching games, please read my other article on the topic.

There is also another option, where all members of the games group agree what new game they want to play, and everyone learns the rules beforehand. That way everyone can help with the setup and the game can begin straight away. It also means that any rules ambiguities or other things that someone may not like about the rules, will be decided as a group. Houserules will be group rules, because everyone will have an idea of how to interpret a rule or deal with issues. Everything will be much more of a group experience.

If you want to learn game rules, there are many great YouTube channels out there which teach you how to play a game. The list is of course huge, but Gaming Rules! and Watch it Played are my two main rules teach channels, both of which also offer full playthrough videos. You can use these videos for any of the options above. In fact, if you are planning on learning a game and teaching it to others, watching a full playthrough of a game is great, because you can see how the end game scoring relates to actions during the game and you get a much fuller understanding of how the game plays.

However, there is one more digital option that allows you to learn the game as a group, all at the same time. Dized is an app that teaches you games as you play them. You literally follow the on-screen instructions for setup and for your first few turns. You tell the app what choices you make, as you play the game, learning new rules as you need them, rather than knowing all rules from the beginning. The app does lead you down a certain path, making you play a specific “opening” to a game, and therefore limiting your choices a little. If you did not use the app, you may have played your first few turns differently, but you can still do that in subsequent games – or you can finish the tutorial once you have learned enough, and then start a fresh game. Either way, the app is a really great way to get playing a new game with your games group very quickly.