It’s been a long-standing tradition in the board game hobby to show others your lovely collection. People love posting photos of their board game shelves. It’s no surprise really. People are proud of the games they’ve got. Some of the games in your collection will be rarities, they might be out of print, maybe you have games signed by the designer or you just love the latest and greatest. In a similar vein are so-called “haul photos” showing off the games you managed to get your hands on at a convention. In this article, I want to look at the latter in more detail. 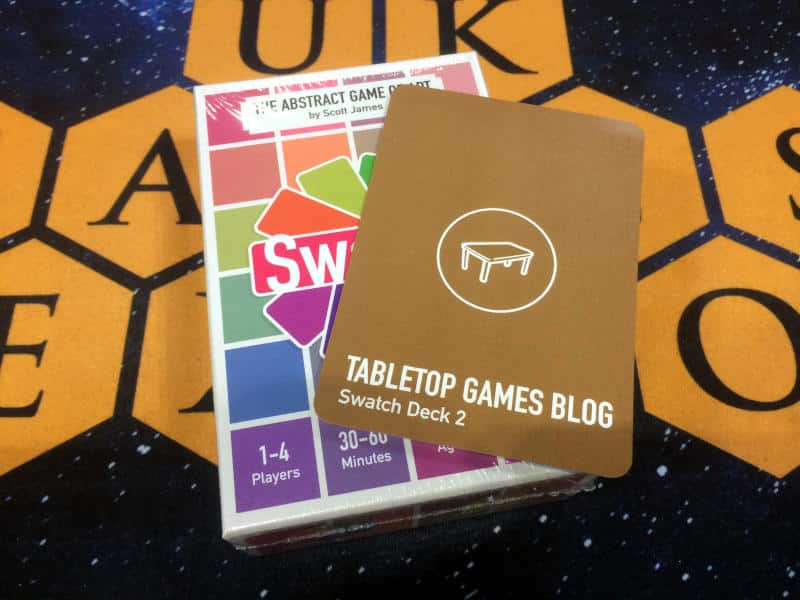 I completely understand the excitement people have after they have attended a convention. Many of us love being around other like-minded folks. We love sharing our hobby with others. Conventions often allow us to meet up with friends whom we’d otherwise not be able to see. There are a lot of positive feelings and we’re all on a high.

I’m no different. I really loved going to UK Games Expo this year. It was great to see people who I really only know via social media. It was great to speak to publishers and try out their latest games. I came away on a real high and am really looking forward to going again next year.

So it’s no surprise when people post photos of the con and what they’ve been up to. It’s also no surprise that people post photos of the games and other items they got at the convention. People are excited and want to share their experiences. They’re pleased with the games they got and they want to share their excitement with others.

Seeing people put all of the games, promos, minis, books and other bits and pieces they bought at the event into one big pile and taking a photo of it is therefore also no surprise. Of course, in today’s connected world, these photos are then shared on social media. It’s a way of sharing the excitement and joy.

How you feel about these so-called “haul photos” will depend, of course. I completely get that some people don’t like them. For them, they add to the “fear of missing out”. However, I think many people love seeing these haul photos. It’s just like seeing other photos from the event that they were unable to take part in. Haul photos and all the other pictures taken during a show allow others to get a feeling for what it was like and partake, at least to a small amount, in the joy and excitement that everyone who was there felt.

Personally, I don’t mind when people want to show off all the stuff they got and that they probably worked hard for to be able to afford. As we all know, our hobby isn’t cheap. So if someone was able to get a bargain or was finally able to save up for the mega game they wanted for a long time, then it makes sense that they want to share this feeling of joy with others by posting a haul photo.

However, there are other types of haul photos – those from reviewers, previewers and other board game press people. I am one of them and I am now in the lucky position that publishers at board game conventions often are happy to give me a free copy of a game – or two.

Now, before anyone complains, let me say that “free” in this context means that I didn’t pay any money for the game. I was given it without having to pay at the counter. Of course, the game I was given isn’t really free for me. By accepting a review copy, I basically promise that I will play the game and then write about it in due course and within a reasonable amount of time. For other press people, it may be the promise of making a video about it or talking about it in their podcast, but the principle is the same. It’s an unwritten contract, but something I take very seriously. So I pay for the game with my time and effort. It’s a payment in kind, in principle.

However, as a board game reviewer, it is a lot easier for me to come away from a convention with a stack of games than it is for someone who would have had to get their credit card out and tap it on the machine to pay for those games. I basically get the games as a form of credit and I pay it back later in the form of my review and time. Other people have to pay for it up front, all in one go. (I understand that paying by credit card means you can spread the cost, but you get what I mean.)

So me sharing my board game haul photo on social media is quite a different thing from someone else sharing their photo of the games they had to pay for in hard cash (or credit card). That is why I think that, at the very least, I need to be transparent about my haul. I need to make it clear that the photo shows a number of games or other items that I was given for “free”, in the sense I explained above. If I say, for example, that half of the games in the photo were review copies, then I think it’s fair.

I know that some of you don’t care one way or the other if I declare how many games are review copies. You’re just keen to see what games I got. You want to see if any of them are for you. You also get a sneak preview of the reviews you’re likely to see in the coming weeks or months.

However, I also know that some people feel real pressure when they see piles of games in a photo. It’s that feeling of missing out again. Seeing someone have the latest game makes them want it even more. I don’t want to add to that pressure. So I don’t share my board game hauls on social media.

One Game At a Time

What you will have seen me doing instead, is that I post photos of one or two games, books or other hobby-related items as and when I get them. I always say if I paid for them myself or if I was given review copies. That reduces the pressure of FOMO. At the same time, it is also a much more personal way to thank the publisher for trusting me with a “free” copy of their game.

It also allows the publisher to share my photos with their followers. Rather than sharing a photo of a pile of games from other publishers, they are able to reshare my post. I think it’s a much nicer way of doing it.

I know that my article hasn’t fully covered the topic of haul photos. There is so much to discuss here. Maybe I’ll do that in another post. In the meantime, I would love to hear what you think. Do you love seeing haul photos? Maybe you post them yourself? Do you pay for the games or are you lucky to get review or media copies? Do you feel pressure when you see photos with big piles of board games? Please share your thoughts and experiences in the comments below.