It’s so very easy to dismiss the old adage that we learn through play. Many of us take our shared hobby very seriously. We’re highly competitive and want to win. We need to play by the rules. It’s an unwritten law – but it’s a law nevertheless. It’s “the law”. Yet, when we see how young children interact with games, it’s often very different to what we do as adults. In this article, I want to explore what we can learn from children and how it might help us rediscover the joy of board games. 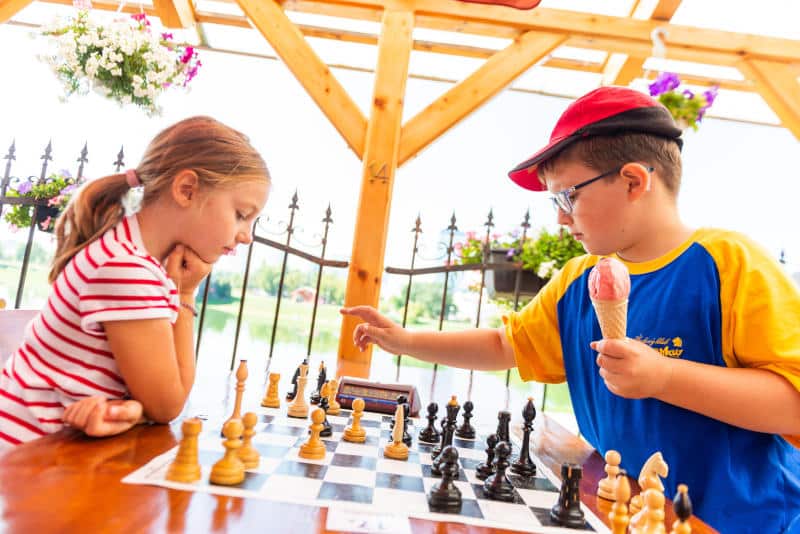 (Photo by Michal Vrba on Unsplash)

Give a six-year-old a board game and they will start playing with it – not using the rules of the game, but in their own way. They will start using the components in a way that their imagination dictates. Children explore a game’s components in their own way, lead by how they interpret the world and how that world relates to the pieces they find in the box. A game board suddenly is just a map to be explored and the wooden meeples, resources or other bits and pieces that the game comes with take on a life of their own. Sheep start forming flocks and graze the plains, while in the mountains coloured cubes collect and are arranged into different configurations.

I dimly recall doing this myself. I’m not sure if I was six years old or what, but I do recall taking the components of one of the games we had and moving them around the board in my own way. It was chess to start with, where white pieces were only allowed to be on the white squares and, of course, conversely, black pieces had to stay on black squares. Their movement was not related to the rules that the game of chess dictates, but it was dictated by how much room there was on the board. Pieces might leapfrog each other to get from one side to the other or they might only be allowed to jump over a black piece, as long as the white square on the other side was free.

There were no rules for me or if there were any, they constantly changed. It was sort of a way of inventing a new game by playing with the components, trying out different ideas and seeing how it felt to me. I guess the game was a bit like draughts, but not quite. I do recall that some of the larger chess pieces, so basically anything other than a pawn, could jump over smaller pieces, but not the other way around. So there was a sort of blocking mechanism in there.

Being allowed to play with a chess set like that let me get used to handling the pieces and also taught me to be careful with them. It also made me want to learn the actual rules of chess, watching my brother and dad play with great interest, even though nothing they did made much sense to me. Yet, as I grew older, I learned more and I slowly absorbed the game by osmosis.

Later in life, my brother and I would make board game smash-ups, combining components from different board games to create a new game. We might use the game board of one game, plus some of its mechanisms and combine it with some components from another game and then tie them together into the same theme or setting, using mechanisms from yet another game. It was so much fun to come up with something new, based on what we already knew.

So when I was reintroduced to the hobby of modern board games, I let our daughter play with some of the games we had and she, like I had done before her, came up with her own way of using the components and combining them with her imagination to create a new, constantly changing set of rules for the game that her mind wanted her to explore.

As she grew older, she was not only very interested in playing games with my wife and I, but she also loved playing games with my games group, probably because it made her feel older, more grown-up and more responsible. That first contact with the games allowed her to learn a lot of things and other than wanting to play the games and learn their actual rules, it also made her want to design her own game.

We printed out a map from one of the games I had played, adapted it slightly to fit her ideas, we bought wooden components and even made our own. She came up with the setting and the rules, taken from other games she had played with us and we playtested it a few times as a family and even showed it to the games group – and all that was after she had already made her own Snakes & Ladders clone years earlier, which we had played over and over with the family.

Even as grown-ups, many of us happily play with the components from a game. I’ve seen many tweets where people would stack their meeples into the highest tower or try and arrange their components into certain shapes. I mean, just look at some of the board game component mosaics that are available as calendar photos. We all love playing with board game pieces in a way that’s not defined by the rules of the game.

I think that’s great and healthy. It shows that we can have fun with the game, without actually playing it – or while playing it. If we’re happy to do that and if we’re happy to let our children invent new games, then I don’t think there is any problem with us doing the same. Even though a game’s rules are what the designer put together to try and give us a certain experience, challenge or puzzle, I don’t think it’s ever wrong to change those rules to make the experience, challenge or puzzle more suitable to you and the people you play with.

And that’s where we come full circle. For many people, house rules are wrong. There is no point in introducing your own rules or changing the game in any way, because there are too many other games out there that give you exactly what you want. Yet, not everyone can afford to buy a new game to replace one that’s not quite right for them, even though our hobby seems to be all about owning “all the games”. So I think, tweaking a game to your needs is absolutely fine and it’s possibly the first step to creating a completely different experience.

I think what I’m trying to say is: play with your games, not just in the way they were intended, but in a way that a child might play with them. Relax a little and just have fun with it. Maybe you’ll be the next designer and come up with something really exciting – at least, something that’s exciting to you and the people you play with. I think that’s really good and should not be prevented.

Now then, how do you feel about playing with games? Do you remember doing this as a child? Have you seen it in your own children? Have you ever toyed with designing your own game or at least putting together a game smash-up? Please let me know and share your experiences in the comments below.