White, straight, cis men are everywhere – not just in board games. I’m one of them. My voice doesn’t add anything new. My experiences may be unique to me, but they’re probably not much different to those of every other white cis man. I may not be rich or live in luxury and I feel that I have put in the work to get to where I am in my life, but I have grown up with privilege – and that privilege has given me a headstart and opened up opportunities to me that others won’t have had. However, this article isn’t about me. It’s about why we need more representation, more diversity and more voices from a wide range of backgrounds and it focuses on the board game community specifically. 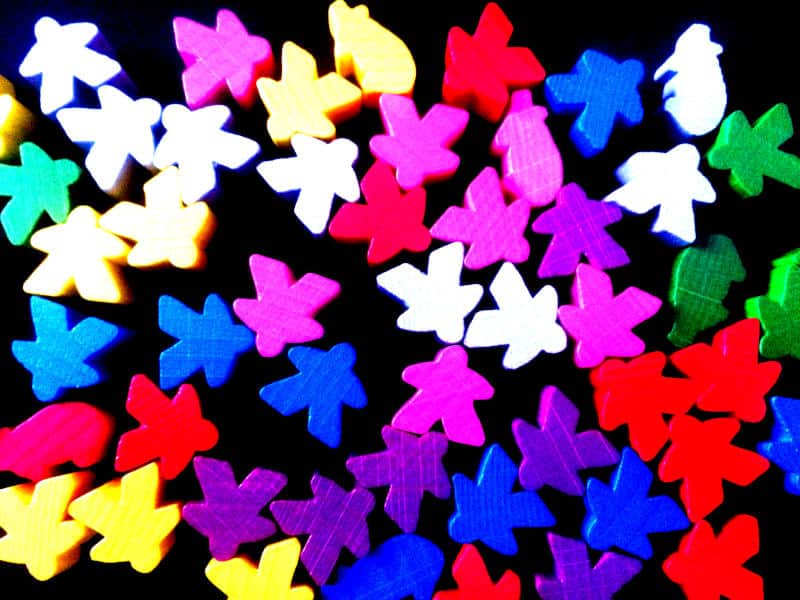 When we hear “diversity”, we tend to think of race and gender initially. That’s no surprise, given the many recent events that have made headline news around the world. Racism and sexism are rife and go back centuries. While progress has been made, the road is still long and a lot more needs to be changed, as we all well know.

Black people, people of colour or indigenous people are still seen as inferior. The white colonialists have stripped their colonies of everything they have and that is rightfully theirs. Their resources, their people, their culture and their rights. People were forcefully removed from their homeland and transported across the globe to do the bidding of their masters. Now, these people and their descendants are seen as unwanted, almost as invaders of the white people’s lands. Their rights are still not recognised and the abuse they and their parents have suffered continues to be downplayed.

While women’s rights have improved, after long, hard battles fought and won by women, men are still seen as the stronger sex and still feel they have some sort of birthright to mistreat or abuse women. It’s often swept under the carpet and ignored. “Boy will be boys” is one of the many excuses that allow men to continue their abhorrent behaviour.

The topic of gender has also widened its scope, of course. While it used to be about “men” and “women”, it’s now about a lot more than that. Male and female aren’t the only genders and every gender identity needs to be respected and taken into consideration.

Trans people’s rights, for example, are also still not recognised fully and trans people are still often portrayed as a threat to society and are treated accordingly. People pointing to biology to justify their transphobia are trying to hide behind science, when science itself doesn’t fully understand how important chromosomes actually are in deciding what genitals a person ends up with and how much influence sex hormones have. What we learn in school biology about chromosomes is a huge oversimplification and we should not quote science when we have no experience in the field.

At the end of the day, what genitals you have has no influence on whether you have gender dysphoria or whether you decide to transition.

Sexual orientation is another thing that has been a matter of discrimination for centuries. Homosexuality is still illegal in many countries around the world and where it’s not illegal, gay, lesbian, bi and queer people are still subject to abuse and brutal attacks. We are all becoming more aware of what is going on, but the situation is only improving marginally.

Religion and beliefs are another huge topic where a lack of understanding and misconceptions lead to distrust and hate. Culture goes along with this, of course, as religion is often deeply intertwined with it. Racism also tends to play into this, of course, because race is often used in place of religion or belief to justify why a group of people should be the target of hate.

To me, the term diversity also includes a person’s abilities. Whether you’re partially sighted or blind, deaf or hard of hearing, paralysed, an amputee or have otherwise lost the use of limbs, autistic, have learning or other disabilities, you should be able to have the same rights as everyone else. Yet, as we all know, access to services is often still not easy if you have some form of disability. You are often stared at or otherwise excluded. Again, things have been improving in many countries around the world, but there is definitely still no equal access for everyone.

So far I have listed the areas that diversity covers in the context of global issues and, of course, I’ve only scratched the surface. There is a lot more to discuss about these topics, but that’s beyond the scope of my blog, let alone this article. Now it’s time for me to discuss how the board game hobby addresses diversity and how it would benefit if it was embraced fully. I’m not going to look at diversity from a political or legal angle, but am trying to show how diversity will actually benefit us, as players of tabletop, board, card and other games.

Let’s start with designers. You have probably seen the statistics and know that white, straight, cis men are still the biggest demographic in the game design space. Women, BIPOC or queer designers continue to represent only a tiny fraction. If the board game industry was able to increase diversity, and how to do that is, I think, the tricky part, and if we had more women, more black, more people of colour or more queer designers, we wouldn’t only address the percentages of designer demographics, but we would actually increase the total number of designers overall.

The first and probably most direct impact of having more tabletop game designers is that we will have more games in our hobby. That means, as a consumer, I will have more games to choose from. If the mix of designers is also more diverse, which is what we’re trying to do, then it means I have a wider range of types of games to choose from. Suddenly, there will be games available that match my tastes better, that have mechanisms or complexity or art or whatever it is I’m looking for in a game, that suits me more.

The other and maybe less direct impact of having a more diverse group of designers is that more people will see games that reflect themselves and their interests better. It means that our community will grow. Not only will more people buy games, which means more investment will go back into the industry, but the investment will more likely go to those diverse designers that attracted these new people into our hobby in the first place.

I think that’s a huge benefit, because it will start to create a feedback loop. It also addresses, at least in part, the concern that more designers in the tabletop game space create more competition that will force out other designers. I don’t think the tabletop game market is saturated, at least not yet, but if it was, then growing the market by attracting new consumers of games is a way to help.

The other issue that having more BIPOC tabletop game designers will address is how racism, slavery and other issues are portrayed in games. It’s great to see designers work on their games and try and change their setting, so that they no longer use a historic background, without even mentioning the atrocities that took place. However, having BIPOC designers create games that aren’t set in the Caribbean is even better, and designers who know their history and their culture are much better placed to make games that respectfully treat what happened or how everything is portrayed. Speaking of culture, the issue of cultural appropriation will also be addressed by having more diverse designers in the industry, of course.

The benefits of having more women tabletop game designers are very similar. The portrayal of women in many games is still ridiculous. Just think chainmail bikini. Women designers will be able to address this and their life experiences will enrich the experiences that we, as players, will have playing their games.

The same goes for making our industry more gender diverse or if we have more designers with disabilities. Colour-blind friendly games are almost commonplace. Making games more accessible for partially-sighted or blind people is also improving. At the end of the day, everyone has something to add to the design process. Everyone’s real-life experiences will influence the design process and it’s important that everyone has a voice and an opportunity to grow our hobby.

Of course, it’s not just about designers. Developers, illustrators, writers, publishers and everything else in our industry needs to be more diverse.

The problem is, how to attract a more diverse set of people into the industry, our community or our hobby in general. White, cis, straight men are much more likely to have had more opportunities to get into the tabletop game industry. It is more likely to have been easier for them to self-publish or set up a publishing company or get their game design accepted by publishers, etc. Others aren’t usually so lucky and many are disadvantaged.

Money is one part of the equation and there are some groups who are trying to help people from an underrepresented demographic make their way in the tabletop game industry by supporting them financially. Time is another aspect, so providing free training, workshops, meet-ups, game pitching events, etc. is also important and again there are groups who do what they can to create these opportunities.

I’m sure there are more things that need to be done and I certainly don’t have any answers. However, what I am trying to convey is that the board game hobby can really benefit from better representation and diversity. Our board game playing experiences will be richer, we will learn new things and broaden our horizons. We will be stronger as a community together. So, even from a purely selfish angle, you’d want a wider variety of people to be part of our hobby, so that you can have more games that do different things, giving you a much bigger choice.

As always, but especially this time, I would love to hear your thoughts on the things I tried to discuss in this article. What are your experiences in the board game community? How would change things? What other groups should we include in our hobby who haven’t been part of it yet? How can we achieve that? Please leave your suggestions in the comments below.