Our weekly games night has been running for many, many years now and even though the day of the week has changed over the years and we’ve had one person leave while another one joined, at its core, it’s become something of an institution. It’s something I always look forward to, because it’s time I can spend with friends, talking about what they have been up to and immersing myself in the game, or games, we play that evening. It’s a way for me to get away from the day-to-day and allow my mind to focus on something else for a while. 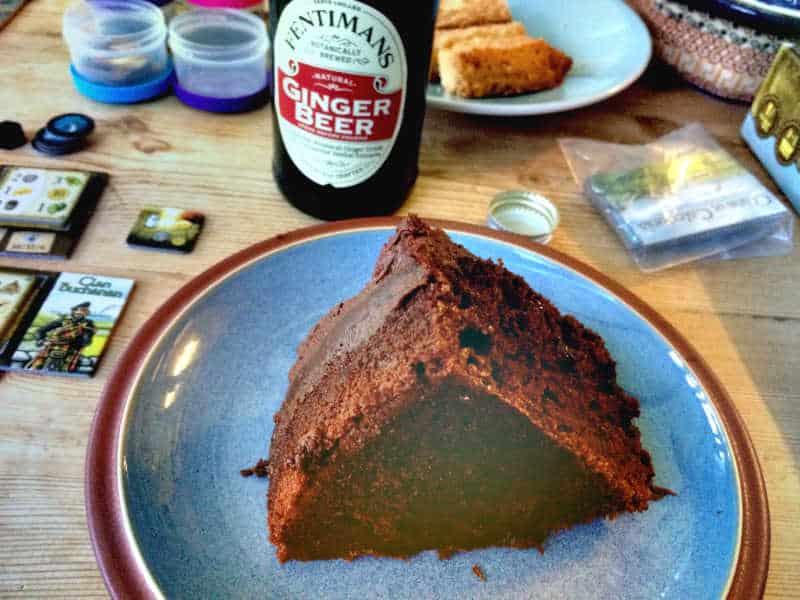 To me, it’s not much different to other social activities with friends, like going to the pub, the cinema or spending an afternoon at the seaside or the park. The benefit of games night is that we’re sort of doing all of the above at once, except maybe for going to the seaside or a park, that is. We get time to share what’s going on in our lives and let off some steam. We may have an alcoholic drink or two, if we feel like it, even though that’s rare these days – it’s mostly soft drinks, tea or coffee, to be honest. We play a game or two that occupies our minds in some way and can take us into another world. At the end of the day, it’s a way of relaxing and everything that comes with it.

Games night is more than just a habit. It has become almost like a comfort blanket and in a way, like a child’s comforter or favourite toy is the most precious thing in their lives, games night is very important to me in my life. Sure, I can do without it, but knowing that every week I’ll be catching up with friends and that we’ll be playing games together, is a good feeling.

Playing games is more than just a hobby. It’s time when I tend to the relationships with my friends and time to salve the soul. Playing games with my wife and daughter is even more special for the same reasons. At the end of the day, it’s about bringing people together, enjoy each other’s company and find out more about everyone, while at the same time giving you a way to escape and recharge.

Our games nights have always been in-person events, of course, but when we were no longer able to meet, I knew I had to find a way of continuing our meet-ups. So we went online, like many other people did. We used voice chat and online gaming platforms to continue our weekly get together and even though it’s not the same as seeing each other face to face and being able to physically touch and move components, it was close enough. Ultimately, it was about continuing what we had been doing for years and not losing touch and carrying on with having time set aside where we could just be ourselves and have fun together.

Going online wasn’t for everyone, which is completely understandable. Many of us work in front of a screen all day, so spending more screen time in the evening isn’t great. It was to be expected and something I was worried about, but luckily most of the group was happy to make the switch and meet virtually.

So we continued to play games every week and we even had a new member join the group, who lives far away and wouldn’t have otherwise been able to take part. It shows that modern technologies have their pros and cons. So the group continued and by having someone else join, we started to play games they knew and we hadn’t played before. It felt refreshing to play games that our original games group probably wouldn’t have tried and allowed us to try out something new.

In fact, many online gaming platforms are free, opening up your choices. Suddenly you have so many more games at your disposal that you otherwise probably wouldn’t have given a moment’s thought. That came later though.

When we first went online, we tried to find the games we used to play in physical form in a digital format. That wasn’t always easy and some online platforms are better than others. Some games we struggled through, just because we loved them so much, even though it was painful taking your turn online, when it was so much easier in real life. Other games were a lot easier to play online, because the setup was done for you and you didn’t have to put things away afterwards. Housekeeping was also taken care of, so no need for calculators or remembering what to do at the end of each round to refresh resource pools, etc.

Then we learned what platforms worked for what types of games and started to discover that we now had more choice than before, if we selected carefully. So, as I mentioned earlier, we did start to play new games that we didn’t know of. It felt like we were onto a good thing here.

Online games nights do have their benefits. There is no travel time, because we just start up our laptops and log in. Nobody needs to play the host and keep everyone’s drinks topped up and supply snacks. There is also no setup beforehand and clearing up afterwards.

Online games nights do lack a fair few things though. Being able to see the other person as they talk to you about what they’ve been doing or seeing them think about their turn and maybe being able to gauge what they’re planning. There are no physical components that you can touch and move around on a board. There is no such thing as table presence either, no wow moments when a game is set up on the table and just looks amazing.

So, yes, I do miss in-person games nights, but at the moment I’m not comfortable to meet up – at least not yet. It’s something to look forward to and between us we have probably about a dozen games that we’re yet to play, that is either because they’re not available online or because we’ve played them online but not in physical form yet. It’ll take us many months to catch up on those and there are a few I have a particular hankering for.

Until then, the weekly online games night works well enough and will keep us going for some time to come.