Games that take less than 30 minutes to play are usually seen as lighter, because they are often less complex than games with a longer playing time. Sometimes these quick, short games are seen as “lesser” in some way or not as “important” as longer and more complex games. Often they are dismissed as party games that no “serious gamer” wants to associate themselves with. In this article, I want to look at short games a bit more closely and compare them in more detail with longer games. 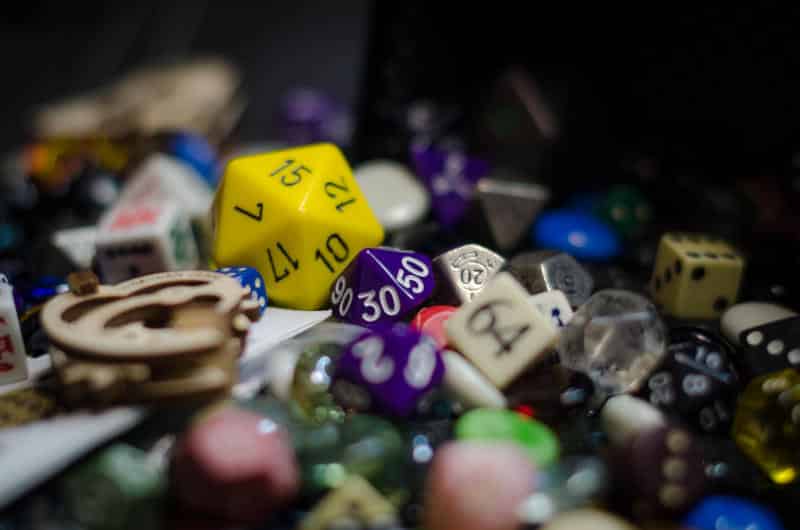 (Photo by Nika Benedictova on Unsplash)

Let me start by saying that I love short games as much as I love longer games. I enjoy lighter games as much as more complex games. At the end of the day, for me it depends who I’m playing with and what mood we’re all in or how tired and exhausted we all feel. A game that lasts less than 30 minutes to set up, explain and play can often be a lot more fun than a game that takes 15 minutes to set up, 30 minutes to explain and 2 hours to play – but of course, not always. Sometimes it’s nice to dedicate a number of hours of your time to a single game.

In general, short games are indeed lighter and have less rules and/or decision complexity, while longer games usually take longer to learn and are more complex to play. That’s what people would expect. After all, a game that’s really light, but takes an hour or longer to play will most likely outstay its welcome. Players will get bored after half an hour or so. Conversely, if it takes you 15 minutes to learn a game, but only ten minutes to play, then it’s probably not something you want to attempt. However, there are short games that are quite complex and long games that are pretty light.

For example, a game like The Crew, or to be more precise, one mission of The Crew, usually takes 15 to 20 minutes to play, yet it is actually quite complex. It even takes a while to learn the game, because trick-taking is quite a complex concept and quite tricky to fully understand and even longer to master. However, one of the reasons why people like the game and are happy to accept a relatively long learning time is that you can play it again and again and again. In fact, The Crew is set up to be played over several rounds with different missions that get tougher as you go along. It’s basically a campaign. The game itself is over quite quickly, it’s quite complex, but it’s also very addictive.

On the other hand, a game like Carcassonne is really easy to teach, very quick to set up, but can take an hour or more to play, depending on how many expansions you’ve thrown in. Suddenly you have a light game that’s taking a long time to get through, and I would argue Carcassonne doesn’t really outstay its welcome, unless you really don’t get on with it from the start, of course. At the same time, it’s not the sort of game you would want to play multiple times in one games evening, even though it’s a game that will come out again and again over the months and years. It’s probably a keeper in your collection.

I must say, I do think that we all should try and play the games we own several times to get the most out of them, except maybe if we find they’re really not for us. There is no point forcing the issue. However, if we enjoyed a game, we shouldn’t just put it to one side just to move onto the next game in our ever-growing pile of opportunity, or whatever you want to call the games you own, but haven’t played yet.

It’s very tempting to always look for the latest and newest games, the hotness that everyone is talking about. The well-known fear of missing out is real, but if you fall for it, you end up never getting round to really appreciating the games you bought, because even when you get a chance to play one of them once, you’re immediately onto the next one. You will never, or very rarely, have time to play a game more than once or twice, which I think is sad.

Of course, it’s different if you’re collecting games, rather than buying them to be played. Collectors do generally want their collection to stay pristine and therefore are not going to want to play their games very often, if at all.

I think we should give the games we own and like more attention and play them several times and we should not dismiss games that are quick and light. After all, it’s these games that are very easy to be played several times. Completing your 10×10 challenge with ten games that take less than 30 minutes to play is a doddle. There are some real gems out there that will become addictive and that you can’t wait to play again. Keep an eye out and broaden your horizon. The “real serious gamers” love short games, if you ask me, even though I still don’t know what a “serious gamer” is actually supposed to be.