The following article was written by Michael Fox of Hub Games.

So, the convention season for 2020 has drawn to a close, and it’s obviously been a very different set of experiences compared to The Before Times. The last show I actually physically attended was AireCon back in spring, and even that was under the shadow of the then-upcoming nationwide lockdown in the UK, a last hurrah before we all spent the summer indoors. Since then, many and various show organisers have done their damnedest to pivot and transform their events into an online format, all with varying degrees of success. And frankly, despite their best efforts, no single event has managed to get close to the real deal. Lessons have been learned, of course, and if things continue as they seem to be on track to do, Year Two of the Online Convention will invariably be better – but what would I like to see from them? 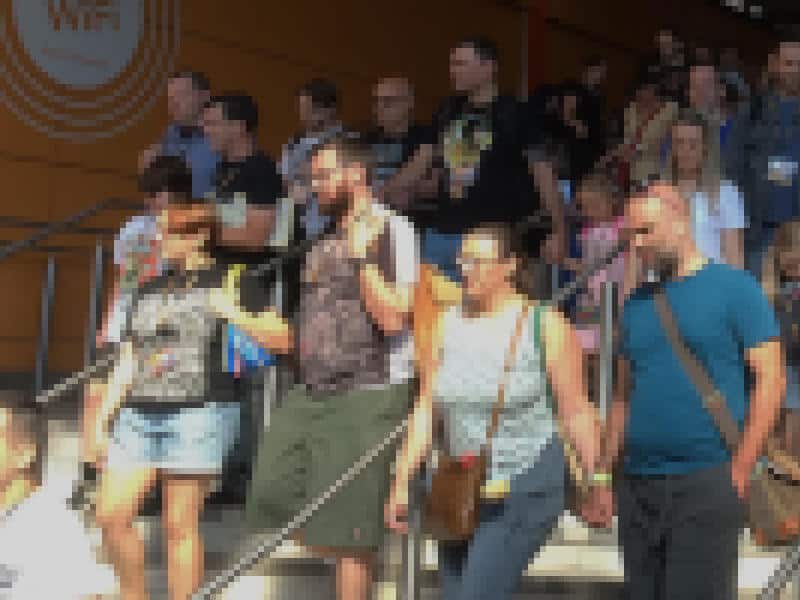 I get to experience conventions from the other side of the table. The team arrives early, sets up the booth, works long hours over the event, get fleeting moments to catch up with other folks in the industry, and – probably most important – show off the games we’re involved in to people from all around the world. These face to face events are incredibly useful for game companies of any size, a way to catch the attention of someone just wandering around a show floor and potentially spread the word of your games a little bit further. Sadly, the flip to online has kind of killed that whole thing, but before we dig into the bad stuff, I’d like to celebrate the things that were done well by the three Big Shows that ran this year.

When it comes to pushing the vibe that we get around shows, UK Games Expo definitely did the best at emulating the hustle and bustle. A vibrant set of Discord channels were full of people over the entire weekend, with helpful mods and volunteers directing people to where they needed to go, and attendees seemingly had a great time chasing the Xbox-style Achievement Badges that were set up in order to encourage people to explore what was on offer. On top of that, their virtual trade hall was simple and straightforward to navigate, meaning that games were relatively easy to discover.

Gen Con‘s best point was definitely organisation. Their years of experience in having exhibitors and gamers setting up events well in advance means that the attendees are pretty used to searching through the listings for things to do and games to play. Also, having demos being booked well in advance meant that publishers could work out which games were seemingly going to be in demand, so could shift demo teams around where required.

Meanwhile, Spiel.Digital felt like a win for the content creators, with busy livestreams covering the games being ‘released’ at the show. With many of them having early access to the new titles, they were our virtual eyes and ears, showing off things that most folks would normally be playing in the booths around the Essen Messe.

And so, onto the bad stuff – and with it still pretty fresh in the mind, I should probably keep on with Spiel.Digital. In planning since spring, it felt like a huge letdown. Essen is normally the best and brightest show of the year, but that shine was very much dulled in their online event. A confusing map of their virtual halls (in space, for some reason) kept changing regularly. Clicking links to already set-up playing areas on Tabletopia meant that demo staff had no clue if people were actually there – only if the players also joined the temporary Discord servers would you even have an idea someone wanted to try your game. On the subject of Discord, companies seemed to have been split across four (potentially more?) official Spiel servers, meaning that you couldn’t jump from booth to booth easily. They were also deathly quiet – the entire population of the Discord server I was in never exceeded more than 100 across the whole four days. Also, with no central Discord server, there was no real place for attendees to converge and organise games, or enthuse about the latest things they’d seen and were excited about.

It felt muted, and only got worse after the initial technical issues that saw the site going offline for an hour at launch were dealt with. There was a real lack of discovery, a lack of buzz – and that really hurt the show. With no real central way to bump into something and get hyped about it, then spread that hype to others, there were no surprises. The vast majority of publisher representatives that I’ve spoken with mentioned a sense of distance. Where normally there’s a feeling of camaraderie, that we’re all in this together (whether we’re working, playing, buying, visiting, whatever) – and that was sadly lacking, not just with Spiel.Digital, but with all online events this year. Sales, too, were through the floor – there’s just no competition for being able to have people pick up a game in the here and now.

If we’re to continue running virtual conventions, either as a full-on alternative or an accompanying side-event for a real-life show, things need to improve. Putting the focus on the games rather than a list of publishers would help. Give us simply presented systems that work rather than each one building their own for users to puzzle out anew. Hell, have conventions work together and run their shows in a standardised system – is co-operation between rival events really too much to ask? Consulting companies and attendees about what they want from a show would be a big step, rather than just unleashing what organisers think will work, clapping their hands together and saying “well, that’ll do!”.

I realise that a lot of folks worked hard to pull events together in 2020, and while there were plenty of things to criticise, there are also things to celebrate. As we’re in something of a break before we head into the 2021 season, now is the time to think about making next year’s shows better for everyone, building on those positives and pushing online events even further.