I always wondered what the difference is between a reviewer and a critic, or even a review and a critique. These terms are sometimes used interchangeably, sometimes they’re describing two different things, but very often they seem to be used for things that have a lot of overlap and are very similar in many ways. In this article, I’m trying to grapple with those terms and decide for myself what I think they mean. 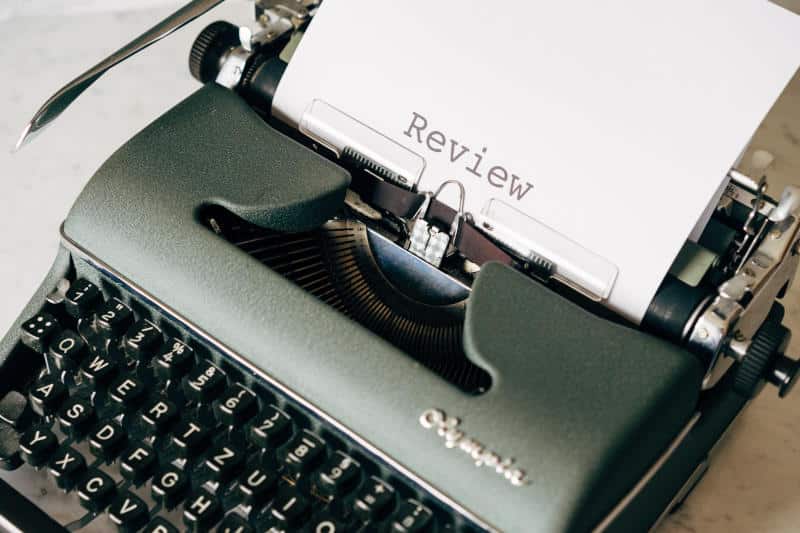 (Photo by Markus Winkler on Unsplash)

Let me start with review and critique, which I think are quite clearly defined – even though it’s not quite as simple as that, as we’ll see in a bit. Anyway, both are a way of evaluating and assessing a piece of work, which could be a piece of art, the product of someone’s creative work, a scientific discovery or something else. Reviews and critiques alike both look at the good, the bad and the ugly of the piece of work in question.

The main difference is, that a critique is written by an expert in the field, who will assess the piece of work much more objectively and usually from a more technical viewpoint, often with the aim of offering constructive advice and suggestions, while a review is often written by a layperson, which isn’t meant in a negative way, but simply describes that the person hasn’t had any formal training in the field, and a review is often more subjective and often results in an overall summary of the piece of work, usually a grade or rating of some sort.

In the context of board games, a critique could be something a game designer tells another game designer after a playtesting session. It could also be a game developer explaining to a game designer how to improve their game or how to make it fit into a publisher’s catalogue.

A review, on the other hand, is something I write about a game, where I explain how the game made me feel when I played it, what bits I liked and what I didn’t – and why.

Of course, some reviewers know so much about board games that they are experts, but in the end, they’re still writing reviews, not critiques – except, of course, when they don’t. There are people in the board game community who could probably be board game designers, that’s how much they know about it. They actually create critiques of board games and not reviews. They explain how a mechanism works really well, for example, comparing it to similar implementations in other games and really analysing the game from a more functional viewpoint. They draw conclusions about why a game was, or wasn’t, enjoyable based on that much more objective analysis. So even though these people often call themselves reviewers, they’re actually experts in the field and what they write, or the videos they make, are critiques and not reviews.

Yet, for the person reading or watching them, they’re still very useful to decide whether a game is for them or not – and I think that’s quite an important point. As a consumer of board games, a review and a critique can be equally useful to me. Both will allow me to decide what’s good or bad about a game and decide if I want to buy it or not.

Now, I’ve already talked about reviewers and basically defined them as those people who write reviews. Yet, that doesn’t mean that critiques are written by critics. To me, what differentiates a critic from a reviewer is whether they do it professionally or not. Of course, that’s not completely true and the phrase “everyone is a critic” doesn’t help here either.

Yet, on the whole, someone who writes reviews professionally is going to be a critic. That would imply that everyone else is a reviewer, and I think many people would actually not agree with this, at least not fully, when we think about people writing reviews for a product they bought – and I don’t mean the so-called influencers or professional review writers who get paid to write a review in order to boost a product’s sales.

I’m talking about you and me who just bought a new set of headphones and who have fallen in love with them – or really hate them – and then take to the reseller’s website and leave a glowing – or passionate – review. Technically, that would make us all reviewers, but I think many of us wouldn’t call these people as such. I certainly don’t consider myself a reviewer just because I left a sentence or two on a reseller’s website.

However, someone who regularly writes, or films, a review of a game and shares it with the world is, in my view, a reviewer. If they do that work professionally, I would call them a critic – but that doesn’t automatically mean they also write critiques, because even critics usually write reviews.

So, there you have it. That’s how I’m trying to grapple with the terms, and I hope I haven’t confused things further. What do you think about those terms? How would you define them? Does it matter to you if something is a review or a critique? Please share your thoughts in the comments below. I’d love to hear how other people use these terms.