It’s that time of the year again. The huge Essen Spiel game fair is upon us, so as is custom, here is my list of games that will be at the exhibition and that I’m looking forward to.

Instead of linking each game to the publisher’s website, I have added links to the relevant page on the Board Game Geek (BGG) website, from which you should be able to get to the publisher’s website with ease, as well as find out more information about the game.
I have also added links to my reviews of the games, where applicable, so you can see what I think about them.
I used the Tabletop Together Tool to find and prioritize games, and I highly recommend you check out this amazing and free tool too. The games are mostly in alphabetical order, but I also grouped them by publisher to make it a bit easier to find them at the exhibition.
So here goes… 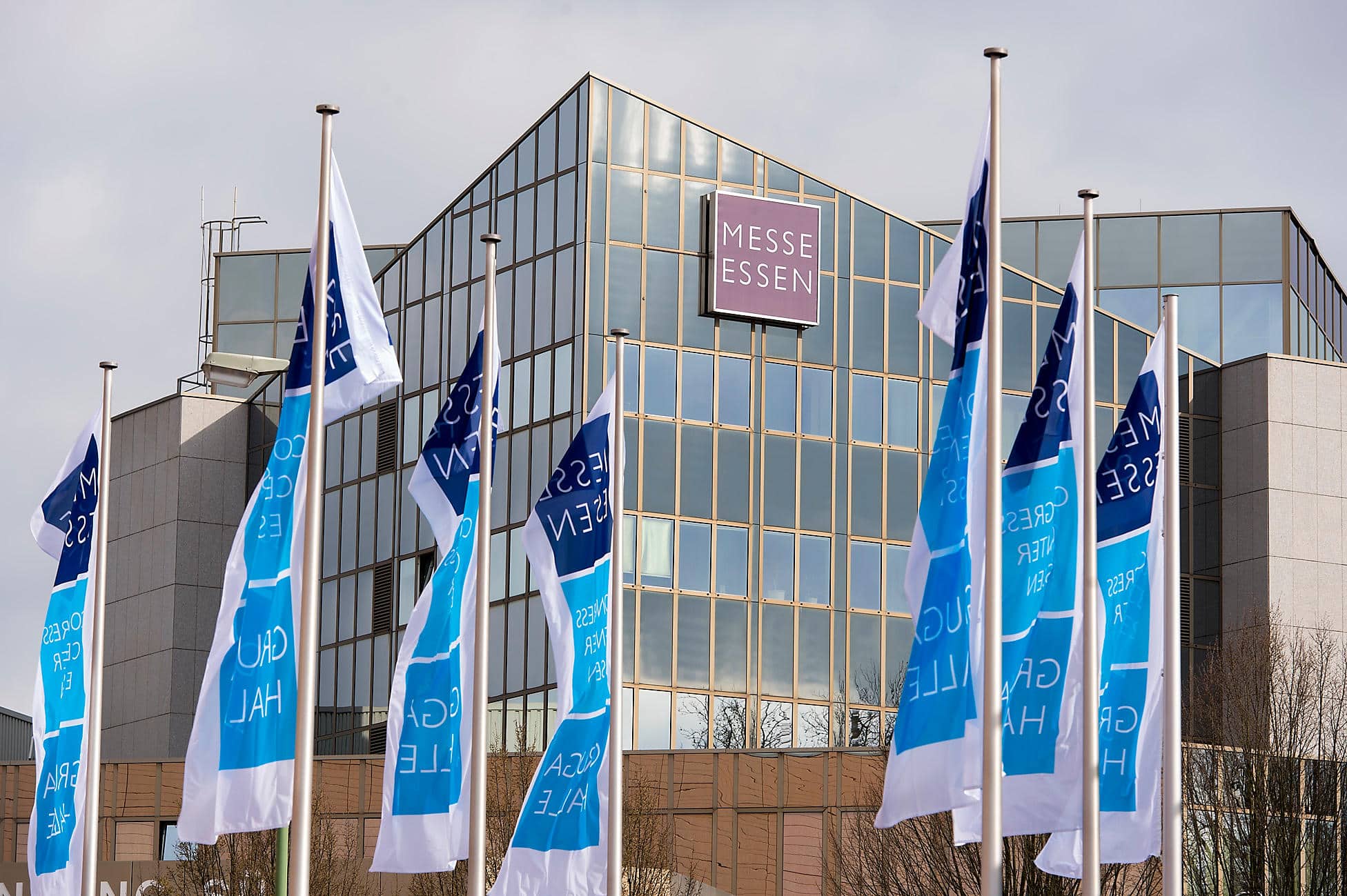 Assembly plus expansions and Sensor Ghosts by Wren Games

I understand that Janice Turner and the crew of Wren Games will not be at Essen Spiel, but as of writing this article, they were still listed, so I wanted to mention them here, because these are really great games. If you like solo or two-player, co-operative puzzles set in space, then all of these will make you very happy indeed.

In the competitive Ecos: First Continent you slowly build up a small continent from hex tiles and seed it with fauna and flora, but beware, because prey animals will be hunting and eat what they can. You might intentionally put a shark in the waters to eat another player’s animals and score yourself some juicy points.

Jetpack Joyride is a realtime game that is an app conversion. I backed it on Kickstarter and can’t wait to play it. Everyone is frantically grabbing polynomio tiles and lay them onto their personal game board in the shape of a horizontally scrolling scene to form a continuous path that avoids obstacles and covers coins to make the most points.

Think of a dexterity game where you stack different shapes onto a hex tile to create something that resembles a building, then push the result carefully into the centre of the table to add to an ever-growing island of hexes. If your building doesn’t topple you get points, but if you place your hex carefully you get bonus points. That is MegaCity: Oceania.

On the Underground: London/Berlin is a game that I mainly backed on Kickstarter for the Berlin map, but the gameplay is very puzzly and will fit my games night group and also be fun for my wife and I to play. You need to create underground routes that give people the shortest route between two destinations, which change every round. Don’t build yourself into a corner.

In Pipeline you have an economic simulation, where you buy crude oil, refine it and then sell it for profit. That in itself is nothing new, but imagine an mini-game inside the game. You need to build a refinery with very long pipes to refine your crude oil to the highest quality, which gives you the best return. The refinery consists of square tiles with pipes coming from the centre of each edge, then either going straight through or creating a bend, so as you place these tiles together, you create a spaghetti junction of pipes, which will do your head in.

I know, everyone is keenly awaiting Sleeping Gods, but I am looking forward to Roam first. It’s a light game where you have a group of adventurers, which basically represent polynomial shapes, and you use those shapes to cover up sections on a map. All players do the same and who owns the most area in the various sections on the map get points. As you place your shapes, you also get coins, that allow you to buy new adventurers, i.e. new shapes. Every player’s shapes are oriented in the way they face the central map, and nobody can rotate shapes, making this a whole lot of fun.

I have now played Silver a lot on the app, but only against the AI. I really want to try playing it with real people and in a three or four-player setup. I normally don’t like memory elements in games, but here it really works. There is also a small amount of player interaction, which I think is just right. So if you imagine everyone playing the children’s game Memory, but everyone has their own game and it’s only five cards and instead of removing a pair of cards, you replace the pair with a single card, and you can also replace three, four or even five cards that are the same, and you can even replace a single card with another from the deck, and… well, there is a lot here, so check it out. A small game with a lot of punch for sure.

I have now played Tapestry once with our neighbour and even though we might have made a couple of rules mistakes, we could see how much we’re going to love playing this game. The components are high quality, even though there are a handful of gripes, and the rulebook isn’t brilliant, once you get over that, you have a game which is basically a point salad where you can gain victory points in so many different ways, each of which can affect each other. There are a lot of mechanisms taken from other Stonemaier Games, but put together they create something new that at the same time feels familiar. Definitely can’t wait to play it again.

The Mind Extreme by Nürnberger-Spielkarten-Verlag

As many of you will know, I really love The Mind and have infected many other people with the bug. It’s such a simple premise, but creates so much tensions, laugher and general fun. In The Mind Extreme you not only try and play cards in ascending order, but now you have a second stack of cards where you’re trying to play cards in descending order. I can only imagine how crazy it’s going to get, so do check it out.

Ok, so this one is just about fun. In Volleyball High you play a game of volleyball. No surprise there. It’s a competitive, two-player card game which should be a good laugh. I can’t wait to find out how well the feeling of a real volleyball game comes across as you play it.

Here are some more games that I have my eye on, but that aren’t quite so close to my heart. So instead of going into too much detail, here is just a bullet point list for you to scan and maybe check out for yourself.