We have a sort of house rule in our games group where you’re not allowed to introduce a new game, unless you know the rules and can teach it to the group. It might sound harsh, but it makes for a smoother experience during the games night. I know other groups do it differently. They might expect the whole group to learn the game themselves beforehand, which is of course also an option. However, whatever approach you choose, you will probably come across a situation where you will teach a game to someone, so I wanted to discuss an approach I have started to adopt recently. 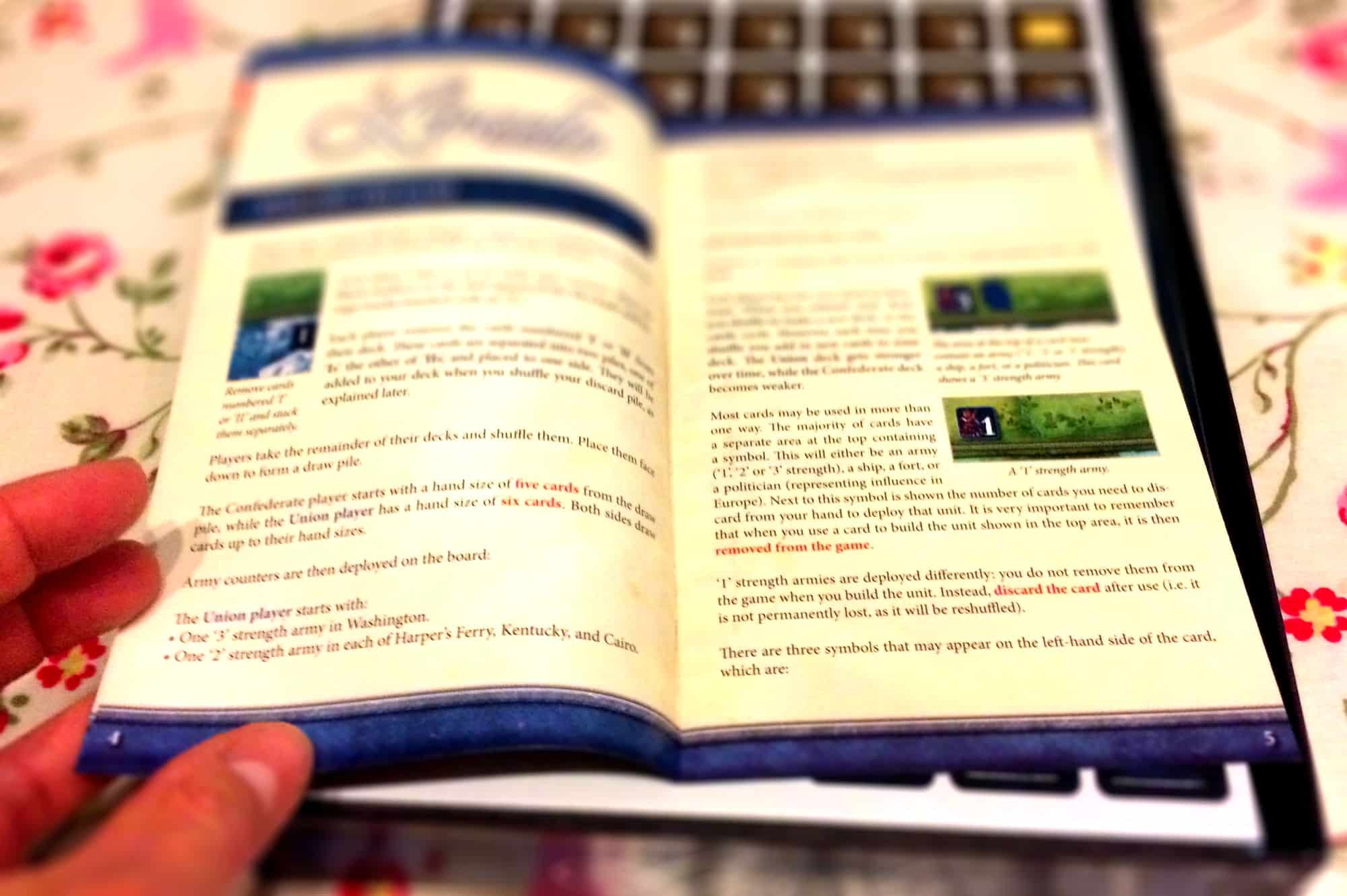 It’s not something I invented or anything. In fact, the method I want to discuss is often known as the Paul Grogan method, because it is how Paul from Gaming Rules approaches teaching games, and which is a good way to use when demoing games, like he does a lot.

The main aim of this method is to get people to play the game quickly and with as little introduction as possible. Players will learn the game as they play them, with rules being explained when necessary. There is no intention to teach strategies or tactics, which players will make up themselves as they play the game. There is no expectation that the first game will be played to the end, but players can decide whether to reset once they know the rules, or if they want to finish the game.

Some games lend themselves more easily to this method than others, but it is generally possible to apply this method to any game, if you accept that players won’t be able to start the game with a specific strategy in mind. In a game that has hidden or imperfect information, you will probably have to play the first game completely open, so that you can explain rules to everyone as necessary. It’s not going to be possible that you sit with each player as it’s their turn and help them, because if you explain rules based on their hidden information, you’re automatically sharing this information with the group, so you are effectively playing open.

So you set up the game, introduce what it is about and roughly explain what the overall aim is. Just bear in mind that some end game conditions won’t make sense until you have explained certain rules, but if a game has a fixed number of turns for example, then now is a good time to say so. Explain only the essential rules at this stage, so players can start to make an informed decision on their turn. You probably also want to outline the turn structure, at least roughly, so players know what they will be doing.

However, you may actually want to explain the turn structure by making players actually take their turn.
You will probably want to take part in the game yourself and nominate yourself as the first player, so you can use your turn to start showing the others what option they have and how they can make decisions, without knowing all the rules. As you take your turn, you may have to explain further rules, but it should make more sense because people can see how the rule is applied in a specific situation. Make sure you clearly say what you’re doing on your turn and also why, so others can get an idea of the strategy you’re trying. You might also want to explain what different options you considered on your turn and why the one you chose seemed the best, for example you will have more options later in the game, or maybe you took an action that is very special and is quite difficult to achieve.

There will be situations where you have to explain several rules, which are interdependent, when you take your turn. For example, you may not be able to do something in a specific situation because of a rule you’ve not explained yet, but that is fine. Just explain the extra rules if they are necessary, but try and refrain from explaining edges cases if at all possible. The teach should be about the core rules, and you can deal with edge cases if they arise. If you want, point out if a rule has edge cases, but don’t put too much emphasis on it, unless you can see that another player may need to know about the edge case for their turn.

Take your turn is going to be the easy part. The trick will be to get other players to take their turn. Some people will be very happy to just take some actions without hesitation, not worried about the end result. Others will want to know everything up front, because they want to make the most optimum choice, or because they want to follow a strategy. The former players are what you want, but you will also have to deal with the latter. If you remind people that the first few turns are all about learning and there is no expectations of winning, and that the game can be reset once everyone is happy with the rules. Hopefully that will allow everyone to take a turn without worries about repercussions.

I appreciate that this method of teaching a game works best for people who learn visually, by watching someone and by taking turns themselves. It should also work quite well for auditory people, but if someone learns best by reading the rules themselves, then of course this won’t work and your games group may be better suited to the approach that everyone learns the game themselves beforehand – and then everyone can choose the method the works best for them, i.e. read the rules, watch a video, or maybe someone can actually play it through themselves.

So hopefully that gives you some ideas. I am still learning this way of teaching a game and am getting better each time, but I do find it removes hours of teaching all the rules, most of which people will forget anyway, and it gets everyone into playing the game very quickly. Usually people aren’t too fussed about resetting the game and happily play the learning game to conclusion.

Please let me know what you think about this approach? Have you tried it yourself? What do you do when teaching games to others? I would love to hear your thoughts, so please share them in the comments below.