Pretty much all tabletop games require the use of your senses – sight, hearing and touch at least. You need to look at the board or your cards, listen to what other players do and use your hands to move your meeples or roll dice. Many recent games incorporate elements to help colour blind people, and of course hearing is often not required and can be replaced with sign language. However, no modern tabletop game makes your senses an integral mechanism – that is, until the release of Nyctophobia: The Hunted by Pandasaurus Games. 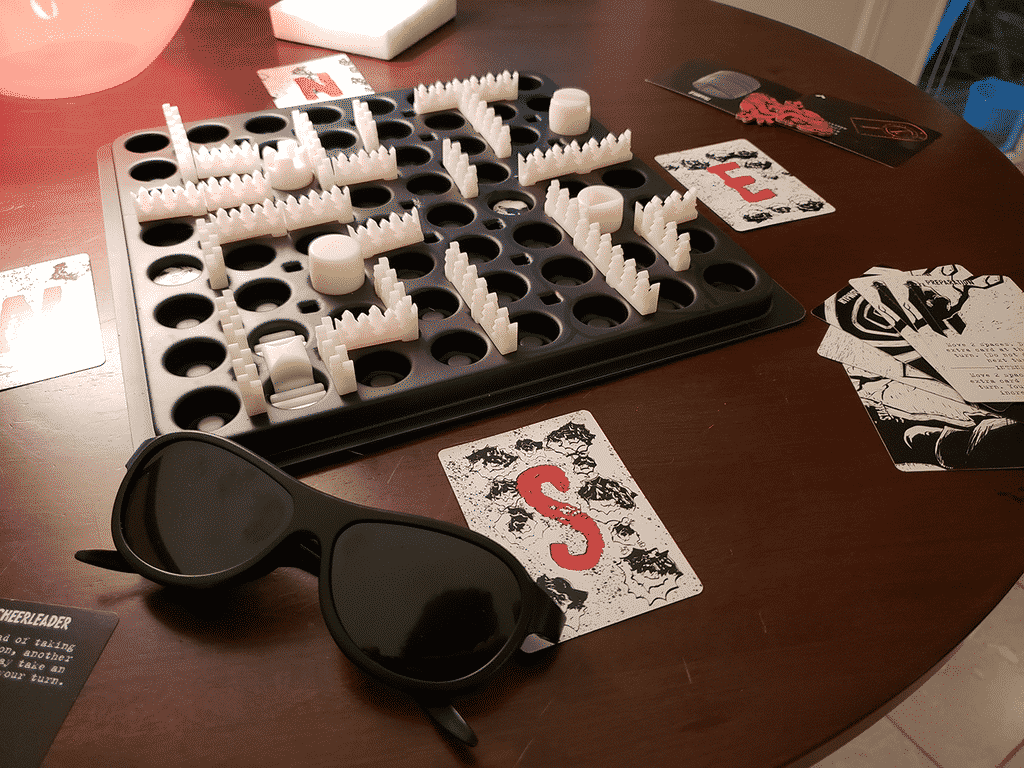 Catherine Stippell designed the game to give her blind uncle a game that was accessible to him. It makes touch an integral part of the gameplay, and that really changes your game experience. However, it isn’t aimed just a blind people of course. Sighted people who have played the game have said what an amazing experience it is and how touch really helps create an imagine in their mind. Hopefully other designers can take this idea and apply it to other senses, creating a new breed of games that create new experiences for players.

Yet, it isn’t just about senses. Feelings and emotions should also be a bigger consideration in tabletop games. Of course, we all enjoy playing games, or maybe we get frustrated with some games, or we get really happy when we finally beat the game – and it is great that some games can really evoke strong emotions. However, Holding On: The Troubled Life of Billy Kerr by Hub Games is the only game I can think of that brings emotions into the game as a core mechanism. Another game where feelings play the main part is Warm and Fuzzy Feelings by Sarah Reed which is still in development.

These games are starting to give people a way to talk about their feelings and mental state. They touch on subjects that are often taboo or simply dismissed as too difficult to discuss. It would be great if more designers create a strong emotional element in games that allows more people to share in an experience.

Even though games that make your sense and emotions the key element of gameplay are rare and may always be a niche, there is actually a huge market for games that successfully do a very similar thing: children’s games. Colour, sound and texture feature greatly in these types of games. Many children’s games also require some physical action – miming and singing for example – and emotions are usually a key element, because these games have to be fun so children can learn something new.

So hopefully we will see more games coming to the market that are not only more accessible to more people of all ages and abilities, but that will also create new, exciting and interesting game experiences for everyone.

Have you come across games that make your senses an integral part of gameplay? What do you think should be done to make tabletop games more accessible to more people? Does the idea of games about feelings and emotions put you off? Please share your thoughts and ideas in the comments below.