I think a lot of people in the board game hobby play together for fun and for the social aspect. Sure, many of us want to win the game. We don’t play to lose. However, I think only very few people are hugely competitive. Playing board games is more of a hobby. In this article, I look at different ways of improving your game and what it might take to become better at winning. 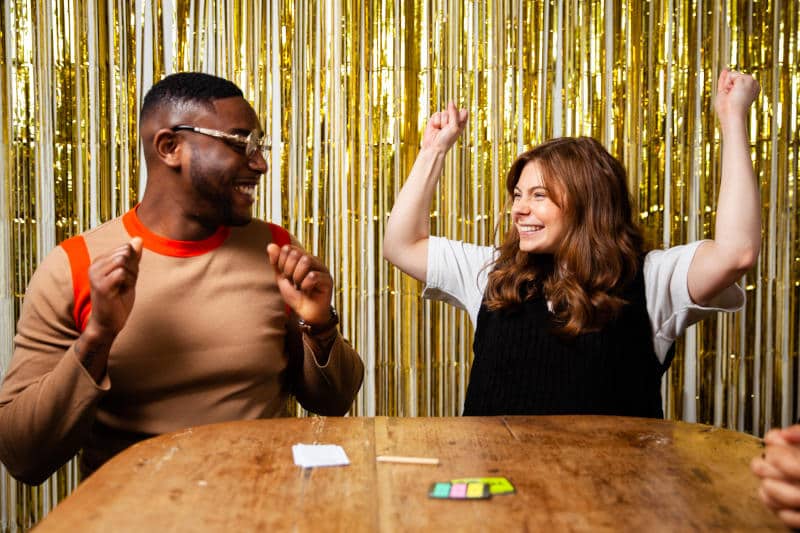 Let me start by saying that I usually don’t win when playing board games, at least not when I play competitively with my games group. I approach games as a leisure activity that I do for fun. It’s about spending time with friends, family or other people. If I win the game, then that’s great, but more often than not, it’s about the experience of sharing time with others. It’s also about playing the best game I can, rather than beating the other players. If I come away from a game feeling that I played to the best of my abilities and had an enjoyable time with everyone, then I’m satisfied and happy.

I know there are people who are really competitive and just have to win. Even though I’m generally not that type of person, there have been times when I really wanted to win a game. I felt that I deserved to win it and was really frustrated when I lost. One of the games that this applies to is Scythe from Stonemaier Games. I felt that I played perfectly well and just couldn’t see why I lost. I sort of felt cheated. That’s why I have a love-hate relationship with this game.

Learning From Each Other

Usually, I try to learn from how others play a game. I really love when our games group discusses how a game went afterwards. Hearing how others approached it and what strategy they employed is hugely valuable. I also like to explain what I tried to do to win and find out what others think about why I didn’t do so well. Learning from each other is a great way of improving your own game. It works really well when you play the same game quite regularly. Every time you play it, you can try something different and see if that helps you play better.

Sometimes that doesn’t work for me though. I am often led by a game’s theme as to how I play. My strategy is based on what I think the game wants me to do. For example, Terra Mystica‘s end-of-round scoring bonuses seem to want you to do something specific that round. The problem is, more often than not, they can steer you down a dead end. Sometimes it is better to ignore them and just play whatever is right for your faction at the time. Winning isn’t decided by getting the most points from the bonus scores.

Actually, learning to ignore the end-of-round bonus scoring tiles is something I learned from playing the game with my games group. We worked it out together and decided that sometimes those tiles are great, but then they can also be really bad. We all felt that it’s almost the other way round and you choose your faction based on the bonus tiles. If you have the right faction that synergizes with the bonuses, then you’re going to do pretty well.

For some games, there are strategy guides available online that can help you improve your game. For Scythe, I ended up reading them. I wouldn’t normally do that. I much prefer learning a game by trying different things each time we play. However, in Scythe I just couldn’t see the wood for the trees, but when I read the strategy guides, it all made a lot more sense.

I appreciate I got an advantage by reading the guides, when my games group hadn’t read them. However, it still didn’t guarantee me the win. After all, strategy guides work only up to a point. They don’t tell you what to do in every situation. They are more of an outline of how to best play the game.

These guides just allowed me to understand better how the game worked under the bonnet. I wouldn’t have been able to work it out without the guides. I would have simply given up and never played this game again. As it is, Scythe became a game that we played a lot in my games group and really enjoyed. So I don’t object to people reading strategy guides, as long as they don’t try to memorize everything and only use it as a way to help them better understand how a game works.

Some games even include some basic strategy guides in the rulebook or other game materials. For example, Crescent Moon‘s player leaflets have a description of the faction you’re playing and give you an idea of how best to play them. The game takes this a step further by giving every faction a “year 1 objective”, that encourages players to do certain things in the first round of the game that align with how their faction works.

So far I’ve only talked about playing games with friends, family or other people. It’s about board games being a leisure activity. It all changes, when you play in competitions. I think it’s fair to say, that suddenly the gloves come off and you will want to do what you can to play your best game. I guess it goes without saying that I’m not talking about cheating.

However, reading strategy guides is all fair and good. Even memorizing them and going as far as having certain opening moves tested is fine. It’s a bit like chess tournaments, where players know pretty much all openings and the first dozen or so turns will be played without even thinking. These openings have been analyzed over decades and moves and counter-moves have been given scores as to how likely they are to lead to victory.

I think that’s probably why I am not interested in entering board game competitions. Sure, I love a good game of chess and probably remember a dozen or so of the standard openings, but I much prefer playing a game with friends or family for fun. Chances are, I’m not going to be the winning player, but I will still have had a good time. I get an opportunity to learn from my friends and at the same time have a chance to catch up with them and immerse myself in a different world.

As usual, I would love to hear from you. How do you go about improving your game? Or do you not care at all? What do you get out of playing board games? Is it about winning for you? If you’re competitive, do you prefer learning as a group and exchanging your experiences? Or do you love reading strategy guides and getting better at a game that way? Please share your thoughts in the comments below.