Here is another beautifully illustrated game by Ryan Laukat. You will immediately recognize it from his other games, such as Near and Far. You will also recognize a lot of the characters he created in his other games and which appear in Roam as well. Yet, this game from Red Raven Games is quite different from the others. There is no resource management, no movement and no storytelling. Instead, you get a lovely, light game that is very easy to explain and learn and relatively quick to play. 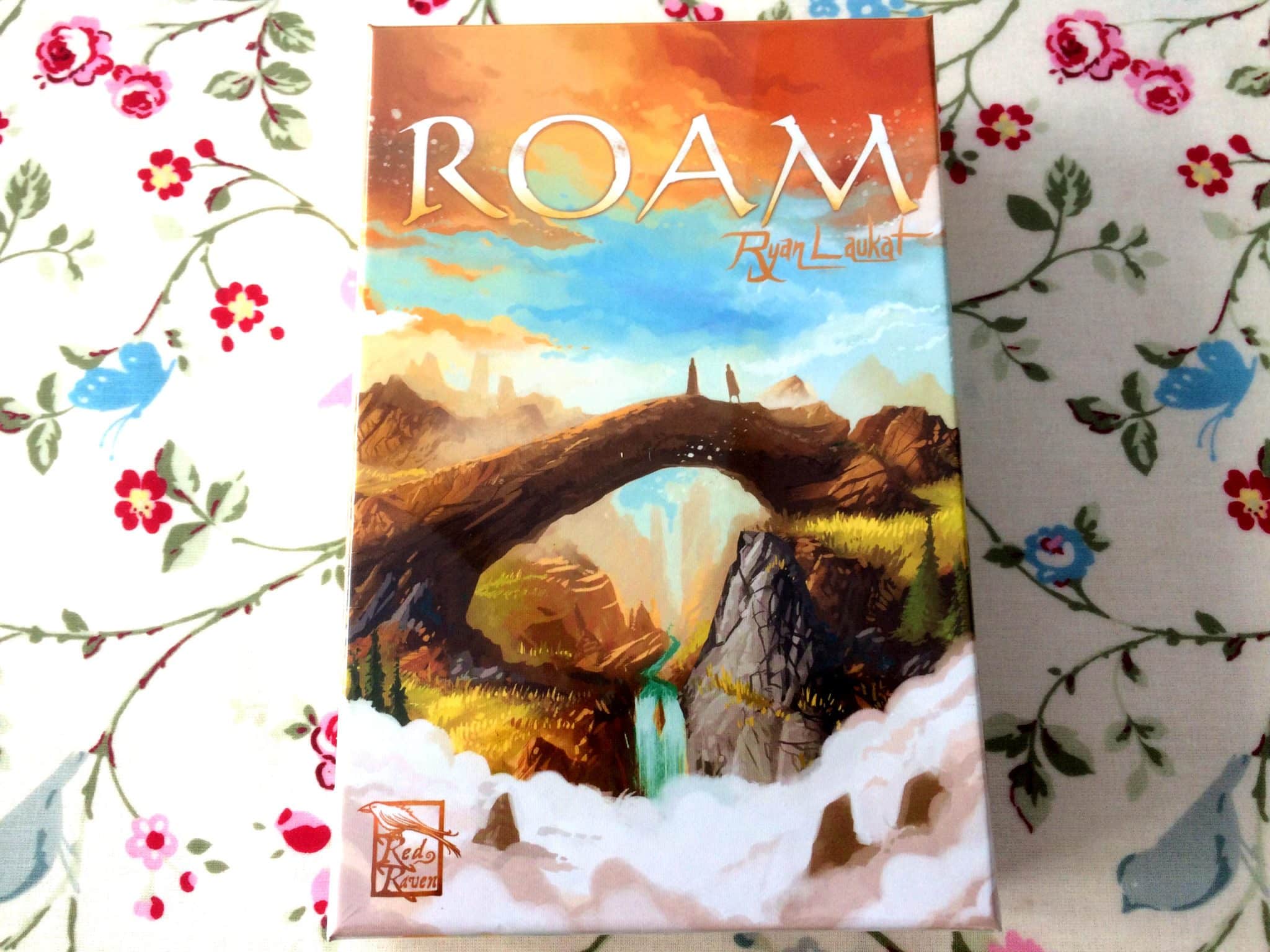 Roam follows the recent trend of games with polynomial shapes. You have a band of adventurers, who each represent one of these shapes, and you take turns to turn one of them over and place the relevant shape on a shared game board. Unlike other games, you aren’t allowed to rotate the shapes and of course, you can’t place your shape overlapping with others. The shapes themselves are also a bit unusual. In fact, some shapes have gaps, which you can choose to fill by paying coins, and you gain coins by covering coin symbols on the map. It sounds a bit confusing, but the game is very visual and you will pick it up very quickly.

The central game board actually consists of a grid of 2×3 cards, which themselves are divided into 2×3 squares. So the overall shared board consists of 6×6 squares. Your aim is to fill one of the cards and as long as you have the most of your tokens on it, you then take the card and replace it with a new one from the stack. The cards give you victory points and at the same time add a new adventurer, i.e. a new shape, to your team.

As you can see, the game is very light. There are only so many choices you have on your turn. It is also a very visual game, as you have to see which of your available shapes fits the remaining cards best. You sometimes have to think a turn ahead, looking at what the other players might be planning, but that is about as far as strategy is involved in this game.

Even though everyone plays on the same game board, there is actually not a huge amount of player interaction. Sure, chances are you will block someone else’s shape before it’s their turn, but that’s about it. So it’s definitely a competitive game, but at the same time, I don’t think there is any nastiness.

For me, it’s the sort of game you take with you to play with people who aren’t heavy gamers. I taught it to my brother and sister-in-law and they enjoyed it very much. It’s also great when you want something lighter, so my wife and I will play it after a busy day at work for example.

The art style is wonderful as well, as you can see in my unboxing video, so it’s definitely worth taking a closer look at. The game also comes with a couple of variants that will change the gameplay up a little and make it a bit more competitive. However, overall it is a very light game that will give you half an hour of enjoyment and train your brain a little, as you try and imagine how your shapes best fill the space.