In my view, the tabletop games community is generally a friendly, welcoming group of people. We seem to know that we are all human beings, and each of us has different skills, experiences, backgrounds, challenges and attitudes. We do our best to ignore stereotypes and prejudices and try to allow anyone join in the fun of escaping to another world, solving difficult puzzles or do whatever constitutes playing a game. Of course, our community isn’t perfect, but I would say the trend is in the right direction. The same is true for modern games, and many designers and publishers are clearly doing what they can to allow more people to join in the fun. There is still more work to be done of course, but again the trend seems to be in the right direction. 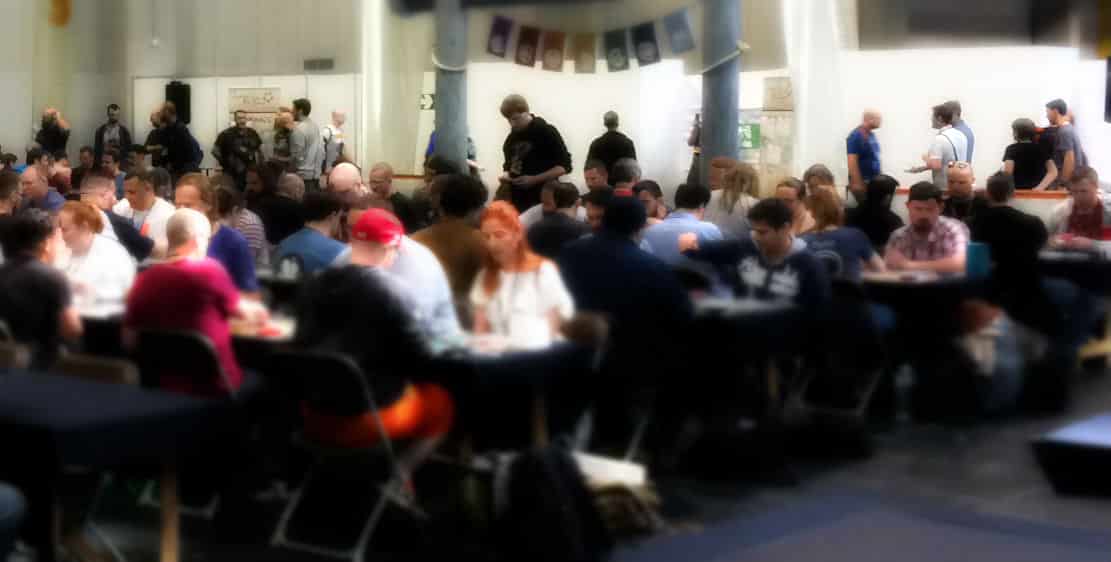 I think the most visible sign of whether the industry is going in the right direction is how rulebooks deal with pronouns. There are exceptions of course, but the days of “he”, “she” or “it” are gone and the singular “they” has found a firm place in every rulebook. In fact, for most of us the singular “they” has become the de facto standard. I guess rulebooks could also adress players with “you”, which could really work for games where you, as the player, has to fulfil a mission, such as in solo or co-operative games. It would make you feel like it’s specifically you who has to get to work.

There is more to becoming an inclusive industry of course, other than pronouns. There are many points to cover here, and I will do my best to treat each one appropriately, but apologies if I miss something out.

So lets start with gender. A recent trend is to show strong, female characters in games, often replacing the usually male lead characters altogether, or allowing players to choose between male or female. That in itself is great, but unfortunately there are still too many games where the strong, female leads are clothed in very unsitable outfits. The stereotype of women having to show lots of skin and being lithe and curvy is still dominant – and on the flip side male characters have to be unhealthily muscly and brash. I appreciate that games that create a fantasy world don’t necessarily have to portray  realistic characters, but I would argue that they still have to be believable. A dwarf queen heading into battle does need more protection than usually depicted, and a muscular barbarian fighter wouldn’t want to run around with only a chest plate and loin cloth.

The subject of gender goes further though. There are a growing number of people who publicly don’t associate themselves with any gender, and I am not aware of any tabletop games which have characters that do the same. I suppose you could argue that some games allow you to choose a non-human character who is of no specific gender, but I don’t think that is the same thing and it would be good if games introduced gender neutral human characters.

The portrayel of race is also still very stereotypical unfortunately. For a long time in science-fiction there has been the belief that planets are always populated by only a single race, except for Earth – or if there are several races present, that they don’t mix. That is slowly starting to change, but generally there still seems to be this expectation that klingons are klingons. The situation is very similar in the fantasy world, where elves are elves, and they all have the same skin colour and appearance. It seems that this concept has carried through into many games. Rather than portraying a variety of characters with different racial backgrounds, most games emphasize the stereotypes of their respective worlds. It is almost as if it is enough to have invented different races, such as klingons or elves, so that there is no need to portray human races in games. Again, there are now more games that are consciously introduce characters from different racial backgrounds, but I think it is still far from where we need to be, especially when it comes to mixed race characters.

Of course, gender and race or only two facets of who we are. Game characters are usually very one dimensional, which is a shame. I appreciate that sexual preferences may not be suitable topics in games aimed at a younger audience, but that doesn’t mean that all characters in children’s games have to be straight and fulfil other stereotypes. Similarly, mental health, physical abilities, social anxieties and many other things that define who we are as a human being should be treated in a fashion that is appropriate for the game audience. There is no need to be explicit or make the issues the main, all consuming topic in all games, but there is also no need to ignore these things and hide them away.

Game characters could easily show more depth, and the choice of hair colour could become just one of the many traits a character has, alongside gender, race, sexual preferences, mental health, physical abilities, social anxities and everything else. I am not saying that every game needs to come with a ten page character sheet and there needs to be an even mix of all possible combinations of what a character could be, but artwork, rules and other game components can become more varied and try and portray a greater mix of characters.

Speaking about inclusivity, the last thing that I think is often forgotten is language – and that can be a challenge. I would argue that the main two languages in the tabletop games industry are German and English, purely because of the number of games publishers in German and English speaking countries. French is also very prominent, but after that the number of languages that games are translated into goes down very quickly. I can’t expect every game to be translated into every language, but I think it would be amazing if there were more games where language isn’t a barrier.

So, there is a lot more work to be done, but I am hopeful that our industry is moving in the right direction. Maybe one day we reach the goal. Just imagine if you were able to take a game with you on your travels around the world and play it with whoever you meet – irrespective of their background or abilities. Let’s aim for this utopia.

What do you think about inclusivity? Do you think the tabletop games industry will ever get there? Where do you think should it go? What are things that our industry has done well? Please post your thoughts and ideas in the comments below so that we can start a discussion.