Prompted by my recent review of Lincoln by PSC Games and Worthington Games, I wanted to discuss the topic of war as a theme in modern tabletop games. Depending on whether a game uses a real historic event as its backdrop, or creates a much more abstract scenario, people will react differently. Tackling the American Civil War, as Lincoln does, is very different to using a sci-fi setting with space ships. Many people simply don’t feel comfortable with games set in a dark time of history, while others don’t mind if the game recognizes what has happened and respects the terrible nature of the events from the past. 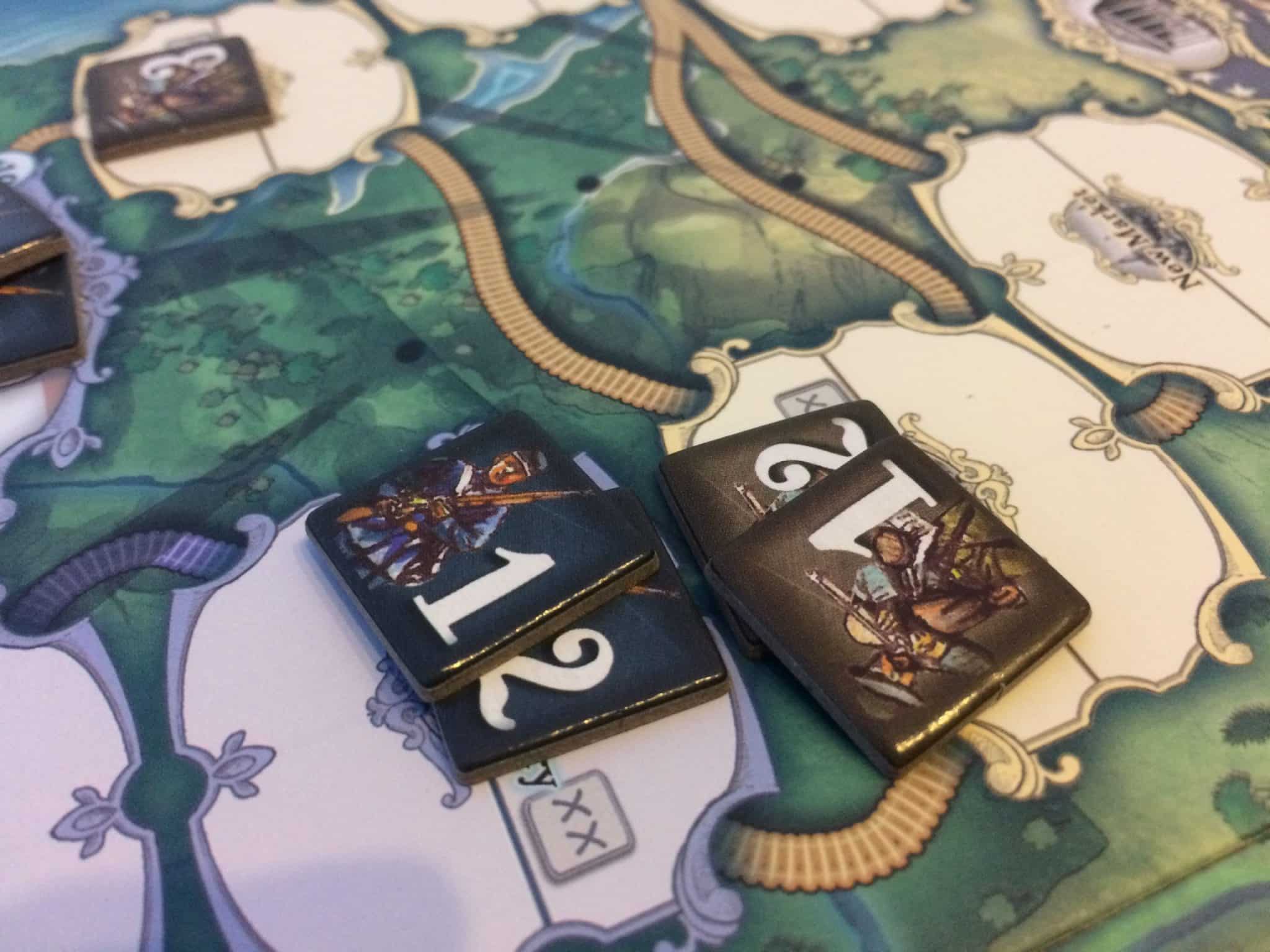 Let us start by looking at traditional war games first of all. Many people will have played Risk, which comes with a real-life world map and where the aim is global conquest. The game creates a direct link to the world wars, but many people will not have considered that an issue – at least not at the time. However, the theme was an issue in Germany where the rules changed “battle” to “diplomacy”.

Reducing the link between real historic events is Stratego where the aim is to capture the opponent’s flag, rather than win a battle. However, the board still depicts a battlefield and your pieces represent different ranks, as well as bombs, so there is still a clear war theme. Again, many of us will have played the game without even thinking about links to historic events and very few will have taken offence.

Chess creates an even more abstract backdrop. The board bears no resemblance to a battlefield, even though the figures could be considered to relate to military units. Yet, thinking about a king or queen actually taking part in battle seems unusual, so the feel of the game is much more about strategic thinking than defeating an opponent in combat. I doubt that many people would classify Chess as a war game, let alone refuse to play it on moral grounds.

So let us now look at some modern tabletop war games. First off is Lincoln, which has a very clear connection to the American Civil War and is set in that period in time. The game focuses on the combat between the Union and Confederate sides, and assumes you know why the war was started and what the two sides represented. It doesn’t downplay the historic events, nor does it try to glorify the reasons that lead to the war. The game requires you to be comfortable with what happened and why it happened, or you will not want to play it. It focuses on the strategic elements of war, but that in itself can be off putting for many people, even more so if you add the historic background. The question is whether the game would be any more acceptable if it kept the same mechanisms, but changed the theme.

If we look at Stronghold by Portal Games, which is set in a fantasy world of goblins, orcs and trolls, we don’t get a sense of real historic events and our moral compass seems to be happy. I appreciate that some people will still object and see it as a war game, but I think that most people will take less or no offence. It seems to be all right to play war if it is set in an imaginary world, even if there are ballistas, catapults, trebuchets, siege towers and other war machinery.

Maybe it is also a matter of how far in the past a game is set. If we look at Battle Ravens by PSC Games, we find a game set in Viking England where the Norse and the Anglo-Saxons face each other in the battle field, with their shield walls clashing and their archers firing arrows from the back. It is very much a strategy game in the vein of chess, but it is still set against real-life historic events. I would argue that many people would not have an issue playing this game and would happily enjoy the strategic challenge it poses.

Of course, war games aren’t the only games that deal with horrible events from mankind’s past. A lot of other modern tabletop games happily ignore the backdrop they are set against. Slavery, imperialism, cultural assimilation, conflict and many other serious topics are often glossed over, and the focus is on the puzzles these games create. Very few games dedicate parts of the accompanying material to seriously discuss and explain the historic events they present to the player. Yet, because these games aren’t war games, many people aren’t put off and have no moral concerns playing them.