Inspired by Tweets following the recent Essen Spiel 2018 by a fair few people, I thought I write about one of the reasons I love the tabletop games industry: wanting to play a game whenever, wherever. In fact, many of us try and see a game in everyday activities. It is usually not about being competitive, but much more about being playful, having imagination and sharing an experience with other people – or it can be about beating your own best score, whether this is in a competitive, co-operative or solo game. 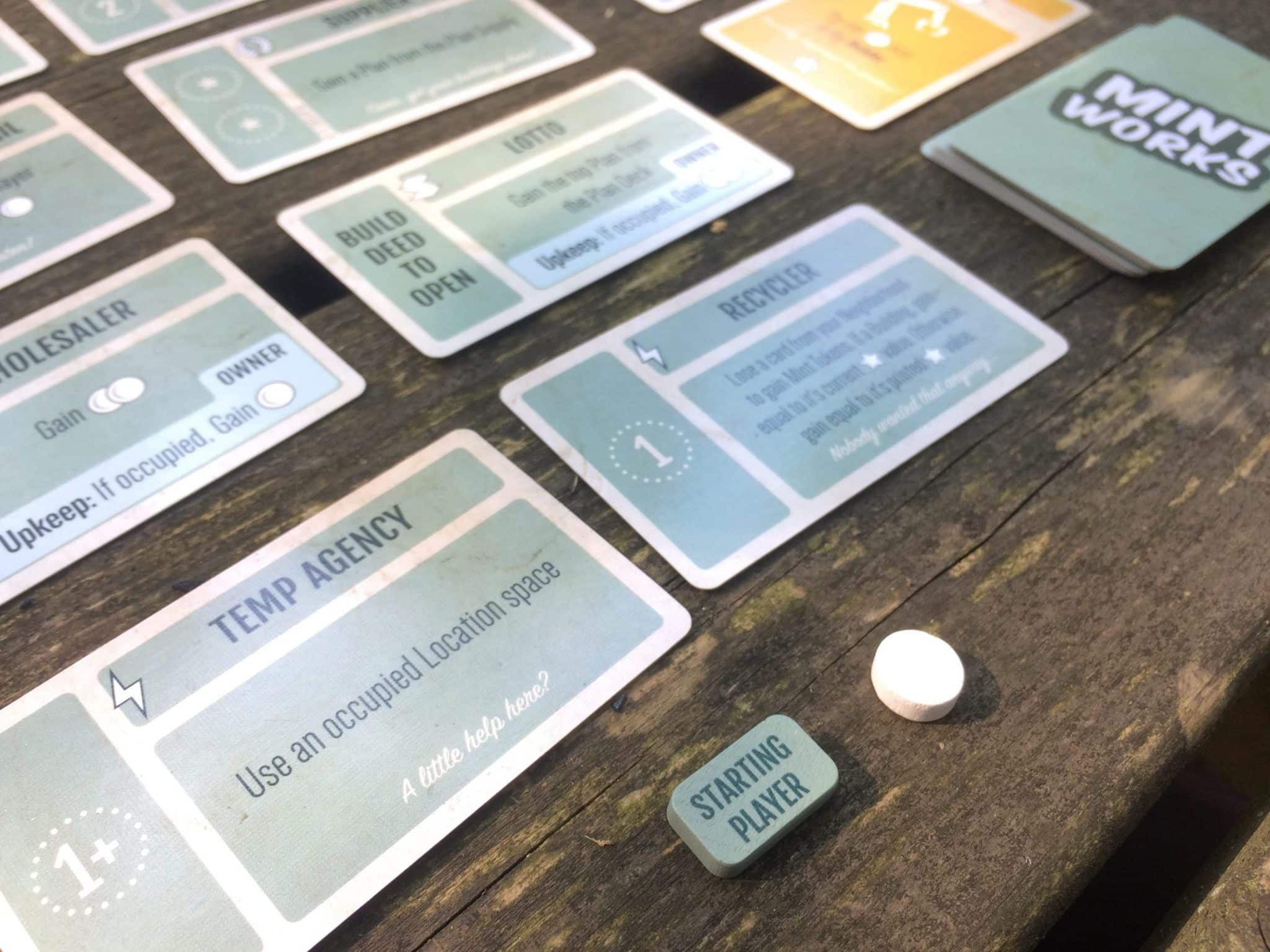 There is a large number of games that lend themselves to be carried around with you everywhere, that don’t take up much space and can be played on the smallest of surfaces, and that are easy to learn and quick to play so they can be fit into even the shortest break or interval – these are filler games of course, and I have written before about games on the go, so check out that post.

There is more to it though. Most people don’t just enjoy playing table games whenever and wherever, but want anyone who wants to play feel welcome and safe. Filler games that make it easy for people to make new friends are amazing, but they don’t necessarily have to be multi-player games that encourage lots of conversation. Multiplayer solitaire games can very easily create a safe environment for anyone who isn’t comfortable in a heavily social context, while allowing everyone to make new friends at their own pace. Solo games are a very similar approach, allowing people to help each other and swap tips, or even swap games, and thus providing an opportunity for people to get to know each other.

In fact, more often than not it is that shared interest gives us a common ground which we can build on and that creates a starting point for a conversation. Simply wanting to learn a new game, or to teach a game to someone else, is enough to create a feeling of community and togetherness. I appreciate that not everything is rosy in the tabletop games industry, but I want to focus on the positives and encourage everyone to cherish and respect what we have together – an enjoyment of playing games.

PS: Here are the Tweets I was referring to at the beginning of this post: