Sandbox, or open world, games have been around in the tabletop games industry for a very long time. After all, that is exactly what role play games are all about. Every player pits their imagination and wits against the games master’s plans. Nothing is impossible, within the rules of the environment of course, and every decision has consequences. However, when it comes to creating a convincing sandbox environment without using a games master you quickly reach limitations. Yet, there are a number of recent releases that create the illusion of a completely open world really well and in an elegant fashion. 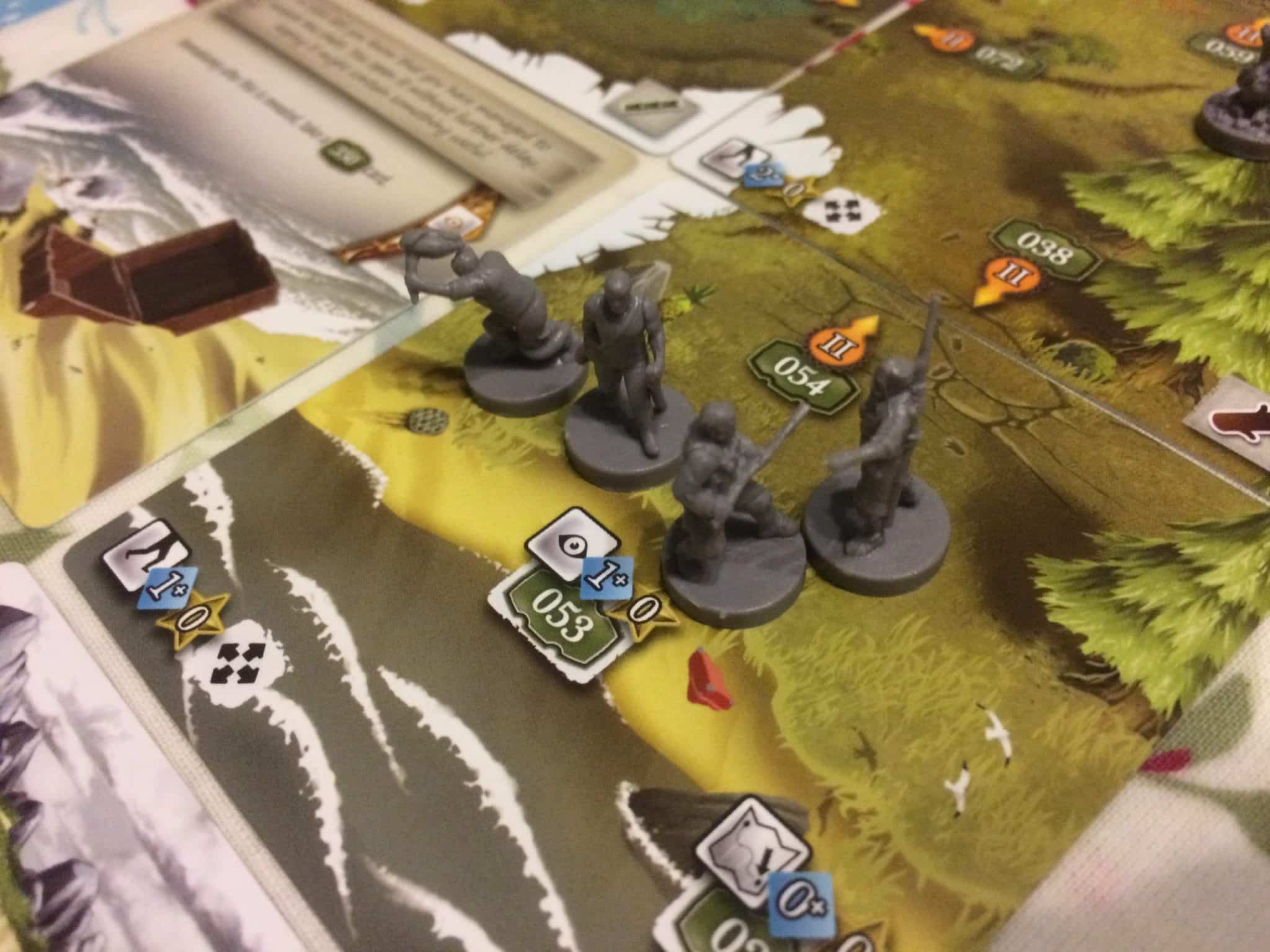 Probably my favourite is 7th Continent by Serious Poulp where your world builds square by square and you are pretty unlimited in what you can do and what order you can do it in. At the same time, the game state changes in response to your actions, giving you the illusion that every decision has real and lasting consequences. Every time you play, you get the sense of dread, because you never know what will happen next. The game quickly draws you into its very believable and at the same time exotic world. Even after playing for hours, you find it hard to explore it all.

Designing an open world game is hard. You have to find a balance between limiting what players can do while at the same time being prepared for every decision that players make during the game. The game basically has to take on the role of games master. You have to avoid creating a formulaic environment which feels artificial. Instead you have to create enough complexity that it is virtually impossible for human players to predict the interactions between their actions and the effect of those actions.

7th Continent does this really well. The items you can create during the game affect the chances of you and your party having a successful outcome. Combine that with the number of different actions you can take during your turn, and add to that the order in which you take those actions, and you quickly end up with a giant decision tree that no human will be able to traverse. That creates the illusion of a gigantic world for you to explore, even if a lot of the outcomes are random.

Sandbox games do require players to have a good amount of imagination though. After all, it is up to the player to make decisions based on what is around them. People who prefer to remain in the confines of limited actions with limited outcomes will probably not like sandbox games. They may feel lost and unable to make any decisions. Analysis paralysis can take on a new meaning, when a player freezes because all actions seem to lead to bad outcomes. Yet, it is this feeling that attracts many players to open world games.

So have you ever played an open world game? Or are you interested in trying one? Maybe you don’t like these sort of games, but why is that? How do you rate role play games against games like 7th Continent? Do you prefer having a games master who can randomly change a situation and create a more convincing world maybe? Please post your thoughts and suggestions in the comments below.