Tabletop games can be enjoyed in a large variety of ways. There are many people who prefer to play solo, usually playing against some sort of AI or automa, others prefer two-player games, often co-operative, but also competitive of course. There are also people who prefer games with several players, and of course there are plenty of people who enjoy a mix of all of the above. 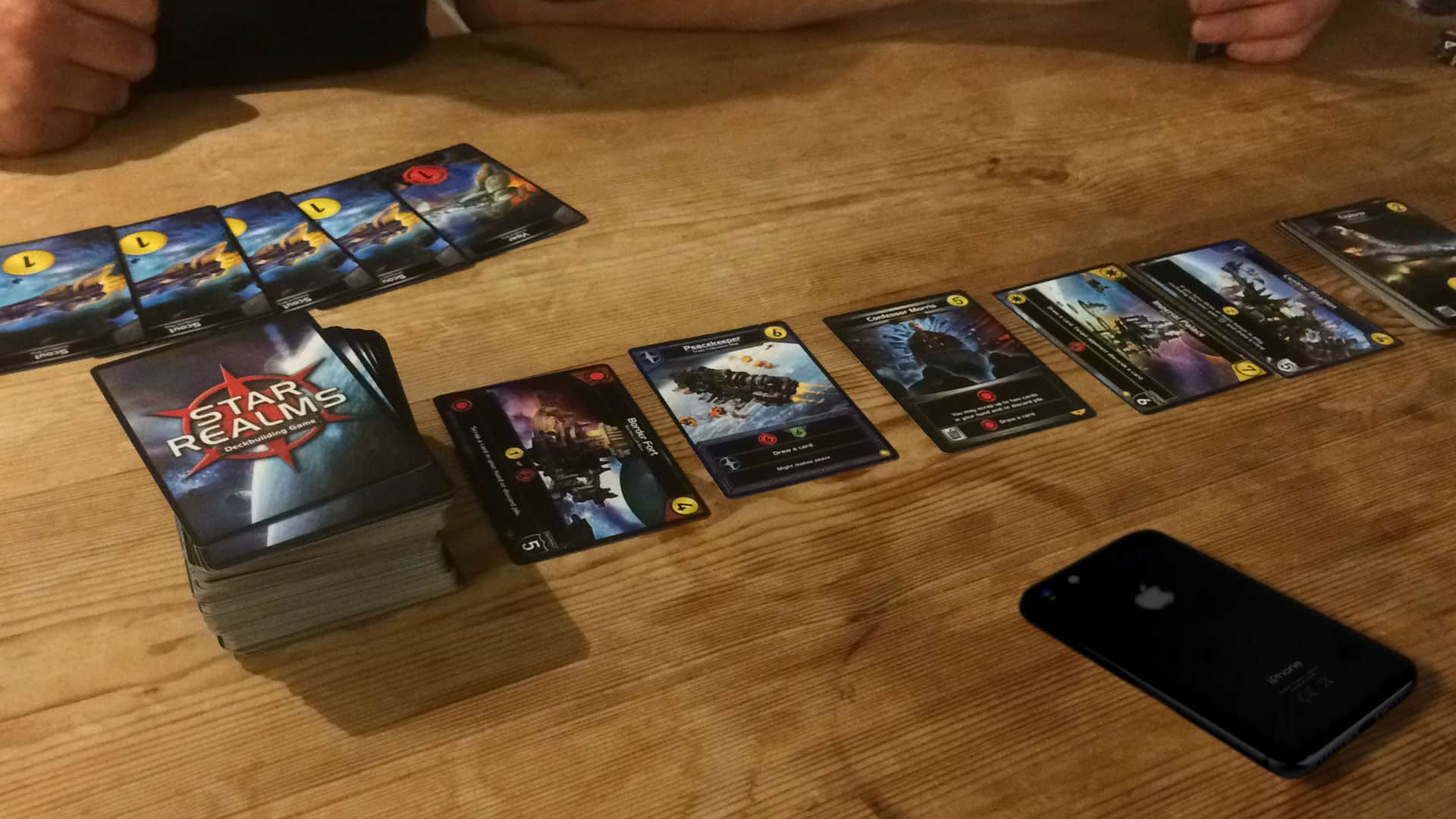 Irrespective of the player count you prefer, tabletop gaming has been about sitting at a table and playing a game – with physical components, like cards, dice, meeples, game boards, etc. However, a relatively new trend in tabletop gaming is the use of digital technology to enhance the experience. The use of your smartphone can be limited to providing a timer or adding some atmospheric, or they can go as far as being an integral part of game play, without which you wouldn’t be able to play the game.

Digital is great for games that have AI or automa. An app can create a much more sophisticated opponent which is potentially less predictable and a more effective opponent. Suddenly the AI doesn’t have to have some special power that breaks the normal rules, but instead it can be just like another player, making it more satisfying when you beat it.

Taking the idea of apps providing additional players further, online gaming allows you to tap in a huge amount of other, real people to play with you. Most apps do this now as standard, but of course there are also websites that provide online play. It can range from realtime to games where you take a turn when you can – maybe once a week. There should be something that accommodates most people’s availability.

Apps and online games are also great at bringing new people to the world of tabletop games. People can be put off by the idea of sitting at a table, rolling dice and moving meeples – but are excited by playing on their phone or computer. So if more tabletop games become available in digital format, the amount of people finding their way to tabletop games increases.

There also now apps that teach you a game. Rather than having to read the rules, you start the app, configure the player count and other settings, and the app will show you what you need to do – from setup, to first few turns, to final scoring. You learn the game as you play, which means you can get straight into the game without having to learn rules.

Of course, for some people tabletop games are all about the physical components and/or the face-to-face social contact. Digital has no place in that world, which is understandable. Most of us spend plenty of time in front of some sort of screen most of our working day, so you want to spend your leisure time away from it all. After all, if you play a game on your smartphone, you are always tempted to quickly check your social media or email – but if you sit at a table, you can houserule that phones have to be switched off.

How do you feel about the trend of digital technology finding their way into tabletop games? Have you played a game that uses an app as an integral part of the game? How did you find it? Do you prefer it when everyone switches off their phone and spends proper “face time” with you? Please leave your thoughts in the comments below.